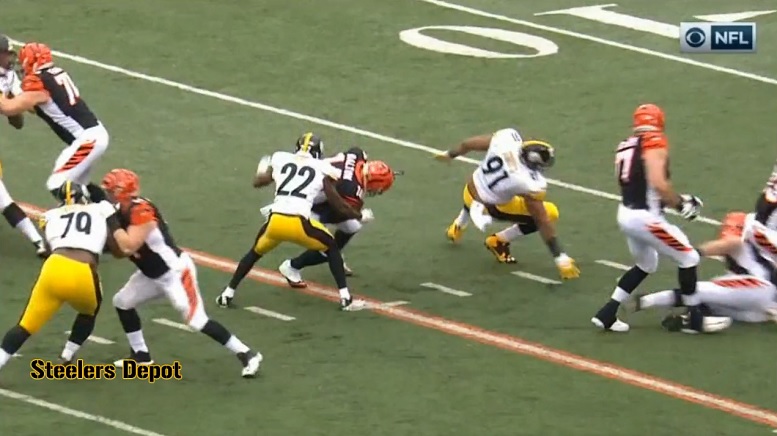 As fans of the Pittsburgh Steelers know all too well, injuries to key players can often derail playoff hopes.  As the AFC North champion Steelers prepare to host the Miami Dolphins in the Wild Card round of the playoffs, they have the chance to see all 22 starters on the field for the first time in years.

While there are several players listed on the injury report, the most important question mark is defensive end Stephon Tuitt, who suffered a right knee sprain in the first series of the week 15 battle against the Bengals.  He reportedly also sustained an ankle injury on the same leg at that time.  While the team never released any further detail about the injury, it is reasonable to assume that the ligament he sprained was the MCL based on the way his leg twisted.  Tuitt reassured the local media after the Browns game 2 days ago that he will play against the Dolphins, but players are often overly optimistic and cannot always be trusted for accurate recovery time estimates.

MCL injuries are becoming more common in the NFL and rarely require surgery as an isolated injury, meaning that no other ligaments are injured.  The recovery time varies depending on the player’s position based on the movements needed.  Running backs, defensive backs, wide receivers and linebackers (who need to cut and change direction quickly) are usually sidelined longer than linemen.  Quarterbacks who don’t rely on mobility can often return to play a little sooner, too, but they are at risk for re-injury if they hold onto the ball too long and get sacked.

A quick refresher on knee anatomy: 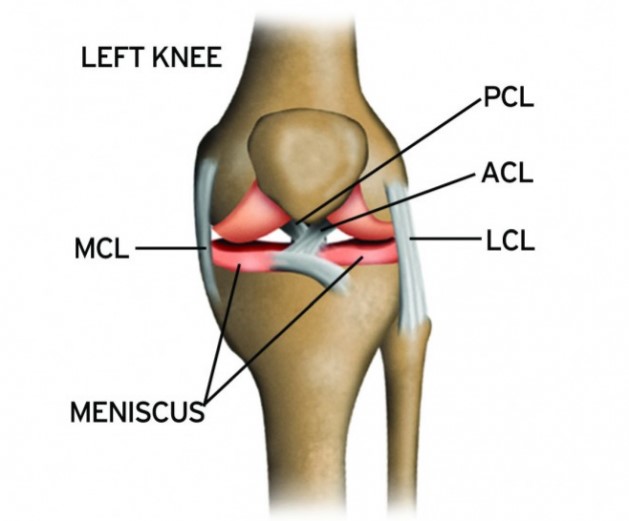 The anterior cruciate ligament (ACL) and posterior cruciate ligament (PCL) cross in the center of the knee joint and provide stability of the femur (thigh bone) on the tibia (shin bone) from an anterior and posterior standpoint.  The medial and lateral collateral ligaments (MCL, LCL) prevent the femur from sliding side-to-side.  You have probably heard that the diagnosis of an ACL injury can be suggested by physical exam because the tibia slides further forward than it should.  The MRI told the team doctors what they needed to know then next day; they just haven’t shared it.  But from sideline reports, it does not sound like there was ever significant concern about an ACL tear for Tuitt.

Knowing that position is important for estimating recovery time, let’s look at MCL injuries and recovery time for defensive ends over the past few years:

*Kyle Williams had a severe injury and was recommended to undergo surgery at the time of the injury.  He chose to try to rehab the knee and salvage his season but eventually underwent season-ending surgery.

You may notice a familiar name at the bottom of the list.  Yes, Stephon has had an MCL sprain involving the same knee, a mere year ago.  He missed 2 games and returned to play in a win against Oakland, recording 3 tackles.  Excluding Kyle Williams, who was originally advised to have surgery, the average number of games missed by DEs for MCL injuries is 2.3 games.

With all of that, it looks like Tuitt is indeed right and should be ready to go for the Wild Card round game this weekend after sitting out almost all of the Bengals game and the next 2 games.  And given that this is the playoffs, there is no tomorrow if the Steelers don’t win.  Barring a setback, expect Stephon Tuitt to start on Sunday, which is very good news.

So what about Ryan Tannehill?

The short answer is that Dolphins HC Adam Gase is being unreasonably optimistic, purposely evasive, or downright foolish.  When Tannehill was injured on December 11, 2016, there was concern that he would require season-ending surgery.  It was later reported that the Miami QB had sustained sprains of both the ACL and MCL.  Keep in mind that a sprain is a tear.  What determines the need for surgery is the severity of the tear and the presence of joint instability.  The MCL sprain was later described as a grade II sprain (partial or moderate tear), but Tannehill did admit that the ligament had torn at least partly off the bone.  If the ACL had been completely torn, Tannehill would already be recovering from surgery, so it is clear that the ACL tear is partial and that he does not have knee instability.

On the bright side for the Dolphins, Tannehill has progressed from crutches and a cast to walking with a limp.  While he has not practiced with the team, he was reported to be taking drop backs with a resistance band tethered to his waist last Friday as part of his rehab program.  That certainly does not mean he will be ready to play this week – or even the following week if the Dolphins are able to progress to the divisional round.  Of course, if they move past Pittsburgh, we won’t care anymore.

Here’s the thing.  Partial ACL tears are really rare.  ACL tears almost always require reconstructive surgery, and Tannehill may still go under the knife in the offseason.  While MCL sprains are not uncommon, even interrupting Ben Roethlisberger’s season last year, a combination ACL/MCL sprain that heals without an operation is very unusual.  The only QB in recent years to sustain such an injury was Arizona Cardinals backup Drew Stanton, filling in for Carson Palmer who had gone to IR with a torn ACL.  Coincidentally, Stanton was also injured on December 11, exactly two years before Tannehill.  The Cardinals were leading the NFC West when Stanton got injured.  While HC Bruce Arians held out hope that Stanton would return for the playoffs, the Cardinals lost their division lead and then lost in the Wild Card round.  In the meantime, Stanton developed an infection after getting fluid drained from his knee and required arthroscopic surgery, ending his hope to return.  But it isn’t like Stanton was making great progress prior to that and had not been close to reclaiming the starter’s job.

Even if Ryan Tannehill improved to the point where he could practice with the team, his mobility will be very limited and he will be at risk for aggravating or worsening the injury if he gets hit.  A healthy Matt Moore is the only reasonable choice for starting QB for the Dolphins this week.  Five days from now, let’s hope that Stephon Tuitt will be the guy who stops Moore and whoever joins him in the Miami backfield.