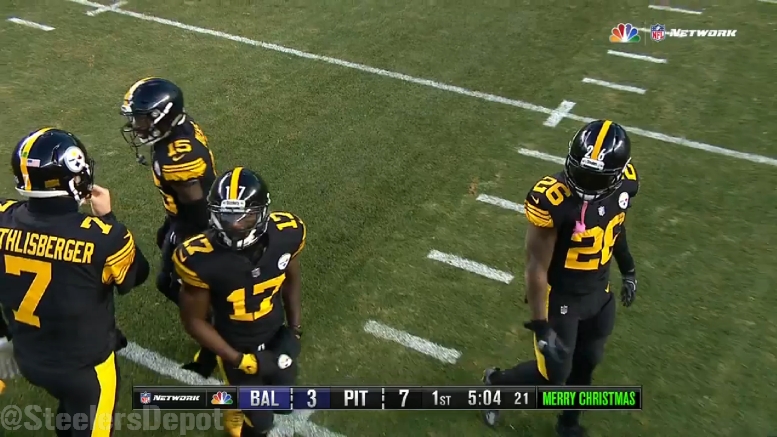 I must admit it’s a bit weird entering today’s game and understanding that it’s not a normal regular-season game for the Pittsburgh Steelers. Last weeks’ game on Christmas was certainly no normal game, either, but for nearly the polar opposite reasons. That game meant pretty much everything about the future of the season. This game? It means pretty much nothing.

And with that in mind, we face an interesting scenario in which the Steelers are not going to be approaching it in the same manner. Sure, they are certainly going to try to win the game, by all means, but they won’t mind much if they lose. And they’re certainly not going to risk everything to get that W.

That means, in all likelihood, not playing Ben Roethlisberger, Le’Veon Bell, and Antonio Brown, at the bare minimum, and I am interested in watching all of their replacements. Landry Jones is auditioning for the entire NFL today heading into free agency. DeAngelo Williams hasn’t played in a while and wants to show he still has his legs.

But I have to say that the one player I’m most eager to watch against the Browns is seventh-round rookie wide receiver Demarcus Ayers, who is expected to play in Brown’s position in the offense with the All-Pro sitting the regular-season finale out. Ayers was just called up from the practice squad two weeks ago and made his NFL debut last week.

Despite the fact that he is a bit, shall we say, height-deprived, as I mentioned in my charting notes the other day, he spent the vast majority of his time on the first on Sunday playing on the outside, rather in the slot. That is Eli Rogers’ spot, but even so, they clearly view Ayers as a wide receiver who can perform on the outside.

In his NFL debut last week, he was targeted twice, once on a go route down the right sideline on which he drew a long pass interference call after he put a move on the cornerback to get by him that forced him to hold in order to stop a potential long touchdown. On the final drive, he took advantage of off coverage by the right sideline for a catch-and-run of nine yards, stiff-arming the defender to get out of bounds and stop the clock.

More than that, of course, as I detailed in my film session article yesterday, he spent his fair share of time throwing his body into defenders as a blocker, and his ever-present enthusiasm not just for his team’s success, but also for the game itself, was an evident feature of his performance.

The Steelers took a stab in the dark on Ayers because their special-teams coach felt he was the best punt-returner in the draft. They even had him come out to talk about the wide receiver after the selection was made, which is the first time I can recall that happening. Today, they should get a good glimpse of what he can offer at his offensive position.