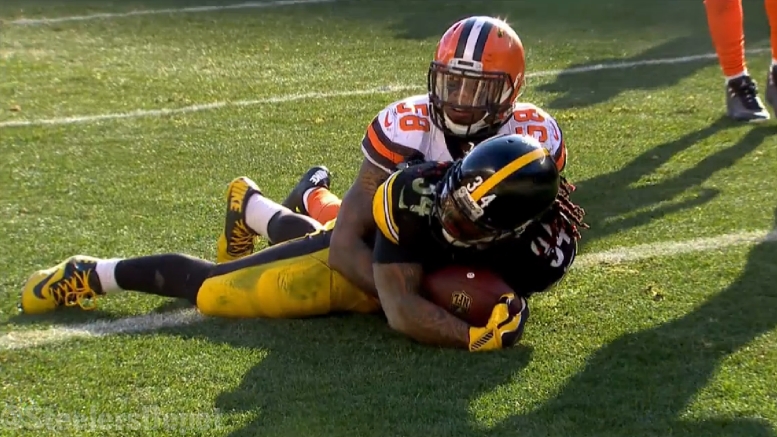 Prior to yesterday’s contest, 33-year-old running back DeAngelo Williams had not recorded a touch in a game in nearly two months, going all the way back to the first game against the Ravens on the sixth of November. He had one carry for one yard in that game, but he also aggravated a knee injury that eventually required a cleanup procedure and saw him on the inactive list for six weeks.

The last time that he had more than one touch in a game was all the way back on October 16, when he had three carries for 10 yards against Miami, who will be the Steelers’ first of four opponents during the playoffs en route to another Lombardi Trophy. And yesterday’s game against the Browns was his tuneup, considering his time off.

Pittsburgh having already locked up their playoff seeding, the team elected to rest many of their key players on offense, which included Pro Bowl running back Le’Veon Bell, who hardly came off the field in the 12 games in which he played. That left plenty of touches for Williams to get his feet back under him against a struggling Browns run defense.

Only it was the Steelers’ offensive line that struggled in that department for most of the game, as even the end-game numbers look pretty terrible. All told, William carried the ball 23 times for just 67 yards, averaging fewer than three yards per rush.

On the Steelers’ final drive of the first half, however, when the offense finally started to get its act together, Williams had carries of three and four yards, and then capped it off with a reception for 11 yards into the end zone, making a tackler miss at the line of scrimmage. It was his second receiving touchdown of the year, and fifth overall, and gave him 18 total yards on nine touches in the first half, with seven yards on eight carries.

The first drive of the second half was nearly all him, starting out with a rush of two yards, followed by a 17-yard reception, and then a three-yard run. After an incompletion in his direction, a sack on third down stifled the drive just short of midfield, but gave him 40 yards on 12 touches, with 12 rushing yards on 10 carries and 28 receiving yards on two receptions from three targets.

At the end of the third quarter, the Steelers had really their only meaningful success on the ground of the game, as Williams had three straight positive carries of 12, 10, and 8 yards. The 30 rushing yards represented almost 45 percent of his total rushing yards on 13 percent of his carries.

He finished off that drive with a one-yard touchdown run, his fourth rushing touchdown of the season and sixth touchdown overall, which is the third-most on the team behind Bell and Antonio Brown. The game proved to be a battle of attrition, but was ultimately good for the veteran to find his footing ahead of a postseason run after missing so much time.