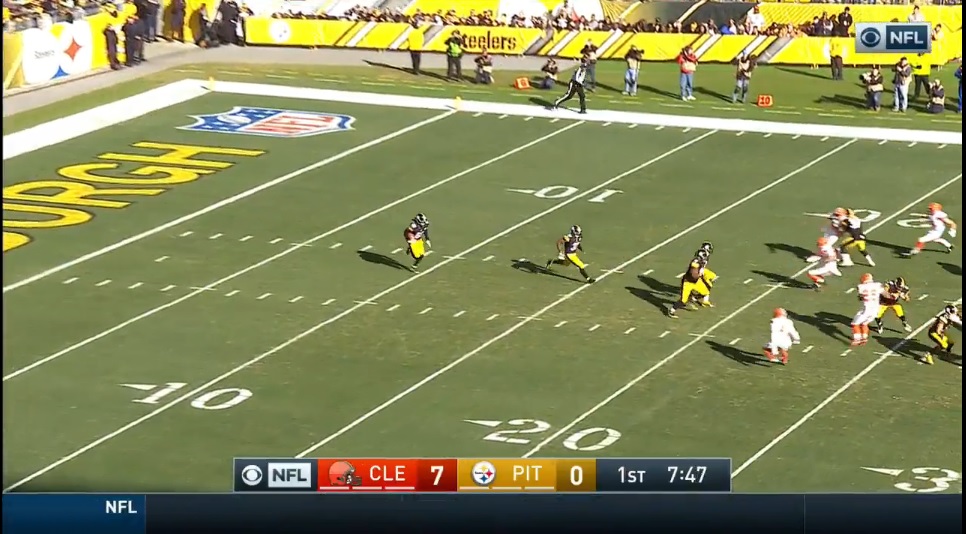 Kick returns might seem simple. Catch ball. Run with ball. Block for dude with the ball. But like most things in football, it’s a lot more complicated than that. So buckle up because we’re delving into all the variables that come into play on kicks. Fun, right? Next up – tax code.

Danny Smith explained some of those variables to Bob Labriola in this week’s Coordinator’s Corner.

“It’s a combination of things,” he said, explaining how it’s determined when kicks should be returned. “How good are you at returning, first of all, how good are they at covering what’s the situation in a game, what’s the hangtime, what do you have called? Say you got a ball one-deep, you’re on the left side, it’s a right return, is it smart to bring it out? This week it is, next week it ain’t. So there’s a lot of factors that go into those things we rehearse throughout the course of the week and carry them into the game.”

Again, it’s easy to say the Steelers’ return game hasn’t been good – and to be fair, that’s entirely true – but it’s a different ballgame and challenge to present why those issues exist and what’s going wrong. Is it scheme and coaching or are there individual breakdowns? That is much, much tougher to evaluate.

Pittsburgh also had to shake up their return unit the last two weeks with Sammie Coates missing time due to his hamstring injury. Cobi Hamilton got the first crack as the kick returner and Smith explained that decision.

“We didn’t have much of a choice there. We try to go with the hot guy. We’re trying to find a guy to really give us some consistency there. It’s not a mix and match situation. We go with the best guy in practice. The guy who’s working, the guy who understands, attention to detail, all those things. But we really didn’t have much of a choice, to be quite honest with you.”

Though Justin Gilbert was inserted into the kick return unit in the second half, he failed to return a kick and then wound up hurting his shoulder covering a punt later in the game. The fact Smith says the Steelers didn’t have much of a choice with Hamilton – who until Week 16 hadn’t returned a kick in a game since his sophomore year at Arkansas – shows how little faith they have in Gilbert. It’s painfully clear he’s not an option moving forward.

Hamilton was a mixed bag. He did a nice job of getting vertical on each kick but bobbled one return, backing the offense up into some bad field position. The blocking hasn’t done the Steelers many favors this season either and that’s a topic to investigate for the offseason.