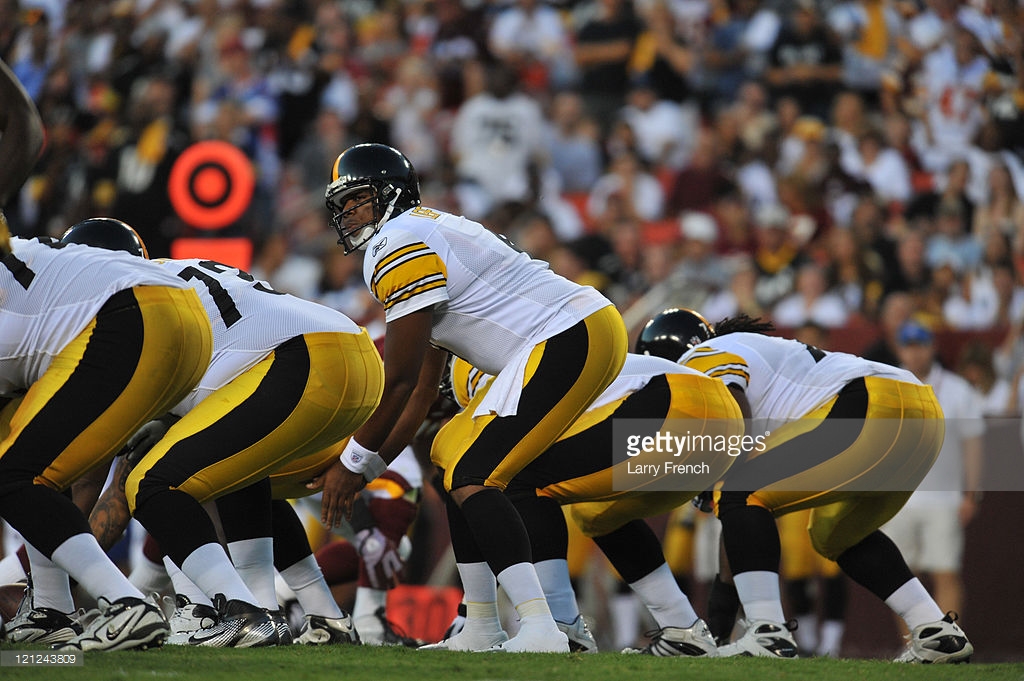 Earlier today, we passed along word that the New York Jets had signed Kevin Greene to be their OLBs coach. Another ex-Steeler was inked today with former quarterback Byron Leftwich agreeing to become the Arizona Cardinals’ coach for the same position.

The agreement was first reported by Fox Sports’ Alex Marvez.

Leftwich spent three total seasons with the Steelers, 2008, 2010, and 2012. Over eight games, one career start, he threw a pair of touchdowns and an interception. That lone start came against the Baltimore Ravens, a 13-10 loss. Leftwich completed less than half his passes and threw a pick though he did have the most awkward touchdown run in NFL history.

Unlike outside linebackers, there isn’t any reason to entertain the idea of changing QB coaches. Randy Fichtner has been around for years and done a good job evolving Ben Roethlisberger’s game. In fact, if Todd Haley were to leave in the near future, it’d likely be Fichtner who would take over as offensive coordinator.

Mike Tomlin recently didn’t rule out making coaching changes in the offseason. Any changes could come with special teams coordinator Danny Smith or, more likely, the retirement of Richard Mann and/or James Daniel. John Mitchell has also hinted at it for several seasons.