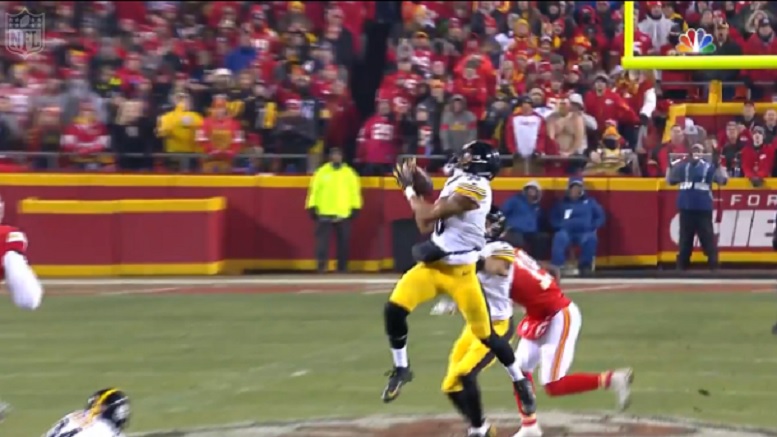 Pittsburgh Steelers linebacker Ryan Shazier has played well so far during the playoffs as the former first-round draft pick has registered 11 total tackles in addition to two interceptions. Not only that, Shazier has recorded an interception in the last four games as well.

In the Steelers win over the Kansas City Chiefs this past weekend, Shazier recorded 6 total tackles and an interception and because of that, defensive coordinator Keith Butler was asked during his weekly sit-down with Missi Matthews of steelers.com to talk about just how well his young linebacker played in that contest.

“Well, I’d like to see him play a little bit better in the Chiefs game than he did,” Butler said of Shazier. “He had a good interception. He did a real good job in getting that and getting an interception and stuff like that. He’s consistently intercepted the ball, I think the last four games, and he’s got a little streak going. And he keeps telling me he’s going to beat my record. I had nine. “He’s done some research but I told him, ‘pay attention to the tackles and come see me when you can do that, ok.’ So, we have a little going on there but he has picked up his play. He wants to do well, he wants to help his team be a world champion.”

It’s obvious by Butler’s comments that he saw a few things that Shazier didn’t do exceptionally well against the Chiefs and those issues might be gap or tackle related. He’ll need to clean up whatever details Butler saw against the Chiefs by the time the Steelers play the New England Patriots this coming Sunday in the AFC Championship game in Foxboro.

While Shazier did play against the Patriots in the Week 7 game between the two teams, he only played 32 of the 57 total defensive snaps in that contest as it was his first action since he injured his knee in the Steelers Week 3 loss to the Philadelphia Eagles. During his Wednesday press conference, Patriots head coach Bill Belichick was sure to recognize that fact as well.

“[Ryan] Shazier came back for our game, but then he’s been full-time after that,” Belichick said.

Shazier, by the way, only had two assisted tackles in that Week 7 game against the Patriots, who rushed for 140 yards against the Steelers defense in their 27-16 win at Heinz Field.
Now that Shazier is fully healthy and long since playing every defensive snap, it will be interesting to see what kind of impact he can have during Sunday’s rematch and whether or not he can extend his interception streak to five games.