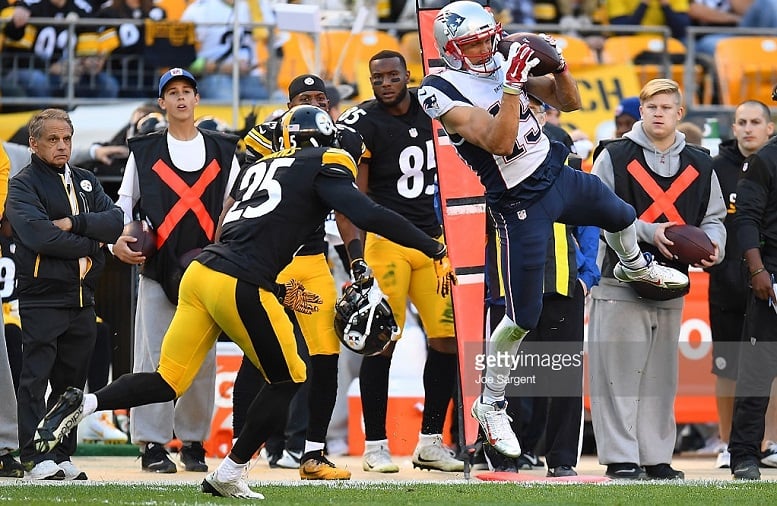 The Pittsburgh Steelers will have three defensive rookies playing in Sunday’s AFC Championship game against the New England Patriots and defensive coordinator Keith Butler expects quarterback Tom Brady to attack the two that play in the secondary.

“I think that every time we’ve played against them [the Patriots], they’ve tried to find our rookies,” Butler said Thursday. “If there have been any rookies on the field, they’ve always tried to find them. So, I’m sure this time will be no different.”

On a positive note, the Steelers two rookie secondary players, cornerback Artie Burns and safety Sean Davis, have both already played extensively this season and both have progressed in their development. When it comes to Burns, specifically, he played 35 snaps against the Patriots in the Week 7 game against the Patriots, so at least he has some first-hand experience when it comes to playing against Brady.

As for Davis, who was voted the Steelers Rookie of the Year last month, Sunday will essentially be the first time he’s played against the Patriots as he only played three defensive snaps against them in the October game at Heinz Field.

While the Patriots did beat the Steelers 27-16 when the two teams met earlier in the season, the Pittsburgh defense did an admirable job overall of controlling the New England wide receivers in that game as Julian Edelman, Chris Hogan and Malcolm Mitchell all combined to catch 11 passes for 85 yards and no explosive plays. Edelman, however, was responsible for 9 of those receptions for 60 yards.

While the Patriots will have wide receiver Danny Amendola, who sat out the Week 7 game injured, back for Sunday’s rematch, they won’t have tight end Rob Gronkowski as he was placed on the Reserve/Injured list several weeks ago with a back injury. Butler was asked Thursday about not having to face Gronkowski this time around and he let it be known that he doesn’t have a problem with that being the case.

“They’re still a good football team, though,” Butler said. “They do what they do. They find a way to find somebody else, and use somebody else to score points. They do a great job of that.”

While the Patriots do have another talented tight end in Martellus Bennett, Butler made it clear Thursday that he’s nothing like Gronkowski, who caught four passes for 93 yards and a touchdown in the Week 7 game against the Steelers.

“Gronk is kind of unusual, in that he can run, he’s big, he’s smart, he’s strong, he’s fast, he’s physical and he blocks,” Butler said. “He’s a great-overall tight end. I’m not saying that Bennett is not, I’m just saying that they find other ways to try to score and produce than just the tight end.”

If the Steelers secondary can handle the Patriots wide receivers again like they did back in Week 7, in addition to not letting Bennett pick up where Gronkowski left off, they will have a decent shot at holding the New England offense down on the scoreboard. With that said, it will be a tall task for the Steelers defense as the Patriots have other weapons as well at other skill positions and Butler made that clear on Thursday.

“They have three good running backs and they use them differently,” said Butler. “So, there are a lot of weapons you have to defend there, not just the tight end. Although, Gronk was another one when he was in there. So, we’ll do our best to win this game.”

The Steelers defense will also likely have to get consistent pressure on Brady during Sundays game and do so without blitzing that often.

“If we can get pressure, I’ll be happy with them,” Butler said of his defense. “The thing we’ve got to do is try to hold the points down as much as we can. I don’t think we’ve ever, not since I’ve been here, I don’t think we’ve ever gone into New England and beaten Tom Brady at New England. I don’t know, ya’ll correct me on thing. So it’s going to be a task and our guys know it. We welcome that. We’re excited about playing in it. So it’s going to be a good game.”