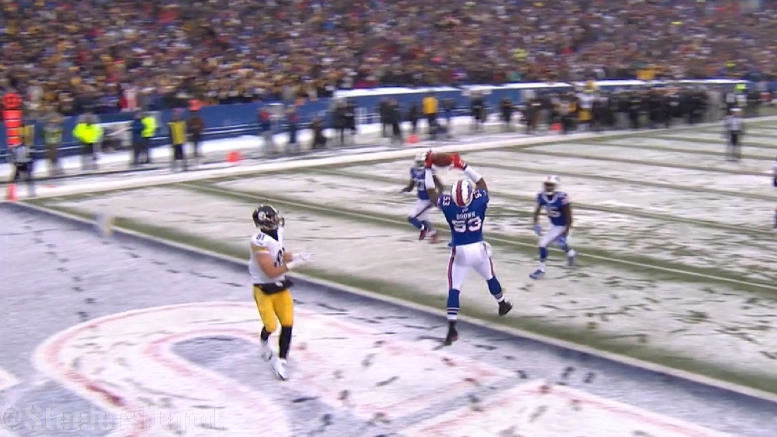 Much has been made about the disparity that existed in the play of Pittsburgh Steelers quarterback Ben Roethlisberger this past season between his games in which he played at home versus those that came on the road. It was certainly a topic that was widely discussed while the season was still underway, and little has changed.

But thanks to the research of Scott Barrett, we can see that this not only is not an anomaly, but that it is actually a pretty big deal when compared to the rest of the league. Barrett divided every quarterback over the course of the past three seasons between home and away games and Roethlisberger’s quarterback rating between the two settings had easily the greatest disparity.

The Steelers quarterback actually had the best home quarterback rating in the league over that span according to his chart, featuring a 111.5 rating in games played at Heinz Field. But when the Steelers took their show on the road, that number dropped substantially, down to 85.1

The 26.4-point differential was more than eight points more significant than the drop for any other quarterback, with Ryan Fitzpatrick and Joe Flacco trailing behind him in second and third place at an 18.2-point and a 14.8-point differential, respectively.

One other interesting thing to note about this chart is to note some of the names that do not feature a substantial dropoff between home and away games. Among those names that fit that criteria are Aaron Rodgers, Drew Brees, Matt Ryan, Tom Brady, and Russell Wilson. All of the above-named quarterbacks posted a road quarterback rating of at least 94.9. Brady was the only player to post a quarterback rating north of 100 on the road.

In spite of the fact that Roethlisberger posted the best quarterback rating at home, however, that did not stop him from finishing in the bottom five in terms of quarterback rating on the road. The only ones who finished lower than him were Fitzpatrick, Flacco, Blake Bortles, and Brian Hoyer.

What exactly does this tell us that is useful? I would be lying if I said that I had an answer, although I will add that quarterback rating isn’t everything. The equation to come up with the quarterback rating can make a game that doesn’t pass the eye test look good, and vice versa.

Still, it’s hard to dispute the obvious home-away disparity here, and there really is no simple solution to address it. Roethlisberger simply has to play better away from home—assuming that he doesn’t just stay home rather than return to the Steelers for the 2017 season. But I would consider that pretty unlikely.