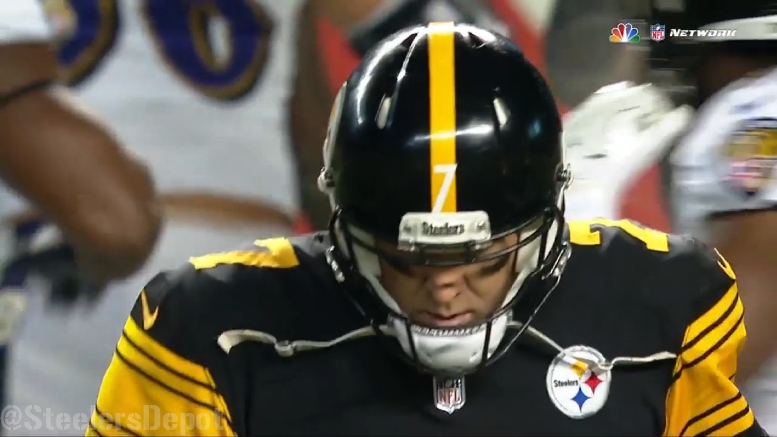 You probably haven’t heard yet if you spent the entirety of the past 24 hours sleeping, but during his usual radio spot, Pittsburgh Steelers quarterback Ben Roethlisberger got everyone into a hissy fit when, in the interpretation of some, he suggested that he was contemplating retiring.

To be fair, that kind of is what he said, but he tried to qualify it as many times as possible without saying without a shadow of a doubt, two days after a heart-rending loss, that he was going to play again during the 2017 season. And for a man who is a father of three young children, soon to be 35, and an extensive injury history, that really is far from an unreasonable position to take.

Roethlisberger named James Harrison and referenced other players who are up there on the age scale in terms of football years about those who take their future on a year-to-year basis, reconsidering how much longer they have left after every season and whether or not they are up for another one.

This is, of course, the way that the Steelers operated with Dick LeBeau as their defensive coordinator for the past several years. And yet, as he prepares to turn 80, I believe, he is already committing to coaching for a third season since being let go by Pittsburgh.

If you really took to heart every time somebody said that they were going to take some time to consider their future for the next season, then you would have to figure that LeBeau would have retired at least five years ago already, if not even deeper into the past.

Roethlisberger is entering the final years or real viability as a professional athlete competing at a high level, and he knows this. He also knows that he doesn’t want to leave everything out on the field and walk off of it with nothing left to give to his devoted family.

“You want to be able to leave this game walking out of it in a healthy spot”, he said. “You don’t want to be carted out”. And that is, admittedly, something to avoid. Even during a season in which he had the best protection that he ever had throughout his entire 13-year career, he still managed to suffer a meniscus injury that required surgery right in the middle of the season.

Let’s keep in mind that we’re just a couple of days removed from—let’s be honest—a pretty damn aggravating loss to the Patriots in the AFC Championship game. Perhaps even a demoralizing one. After such an experience, it is wise to gain some separation from the event before trying to make decisions about the future.

I certainly don’t blame Roethlisberger for his approach, and, as Tomlin has said, this is not the first offseason in which he has expressed to the team the potential that he is giving consideration to his future. Currently, he has three years left on his contract. I fully expect him to return in 2017, and likely play out that contract. Maybe even longer. But it will still be a year-to-year process.