Pittsburgh Steelers linebackers coach Joey Porter was arrested Sunday night after an incident occurred at a bar on the Southside following the win over the Miami Dolphins and the police report has now surfaced on Reddit.

As you can see below, Porter reportedly took issue with a doorman not letting him in The Flats and at one point he apparently lifted the man off the ground. Porter then reportedly grabbed the wrists of the responding police officer before finally allowing himself to be placed in handcuffs.

Porter was reportedly under the influence of alcohol during the incident.

It will now be interesting to see what kind of repercussions Porter will face both legally and from the Steelers. 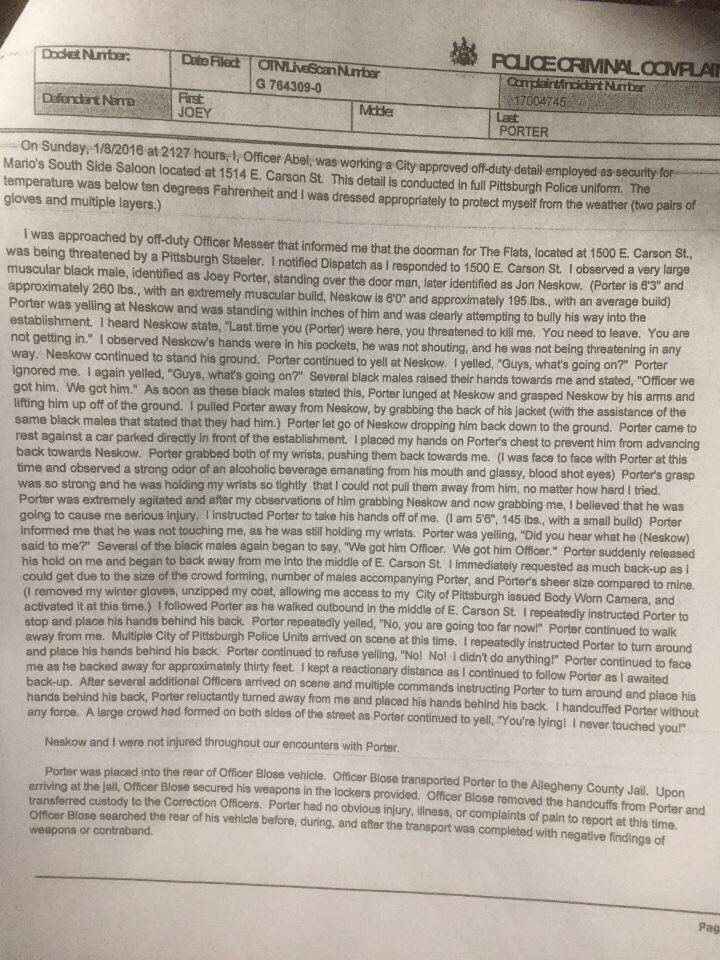