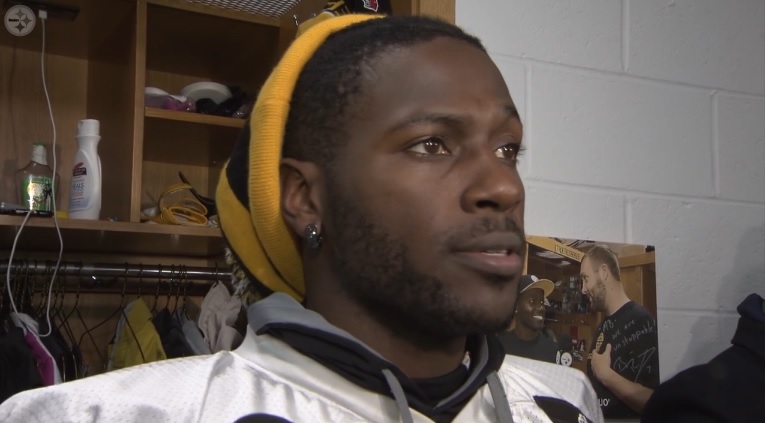 Pittsburgh Steelers wide receiver Antonio Brown loves him some social media but he may have gone too far with it following the team’s Sunday night win over the Kansas City Chiefs.

Brown streamed live on Facebook from the Steelers locker room after the game and it included Steelers head coach Mike Tomlin addressing the team. While that might not sound like a big deal, Tomlin’s post-game address to his team will now be talked about all week as it included comments about the Steelers next opponent, the New England Patriots.

“When you get to this point in the journey, not a lot needs to be said,” said Tomlin, according to a transcription by Tom E. Curran of csnne.com. “Let’s say very little moving forward. Let’s start our preparations. We spotted those a******* [the Patriots] a day and a half. They played yesterday. Our game got moved to tonight. We gonna touch down at 4 o’clock in the f****** morning. So be it. We’ll be ready for that ass. But you ain’t gotta tell them we coming. Because some of us might not like the damn (woofkisses?) The chest pounding.  Keep a low profile.”

So much for the low profile that Tomlin wanted and you can bet the Patriots will enjoy using these comments by Tomlin as bulletin board material.

Brown will obviously be scolded by Tomlin for streaming this and while the video will soon be deleted, you can bet it has already been captured.

Social media is great for players when it comes to allowing them to interact with their fans, but some things that go on inside the locker room probably don’t need to leave the locker room. We have a perfect example of that thanks to Brown.