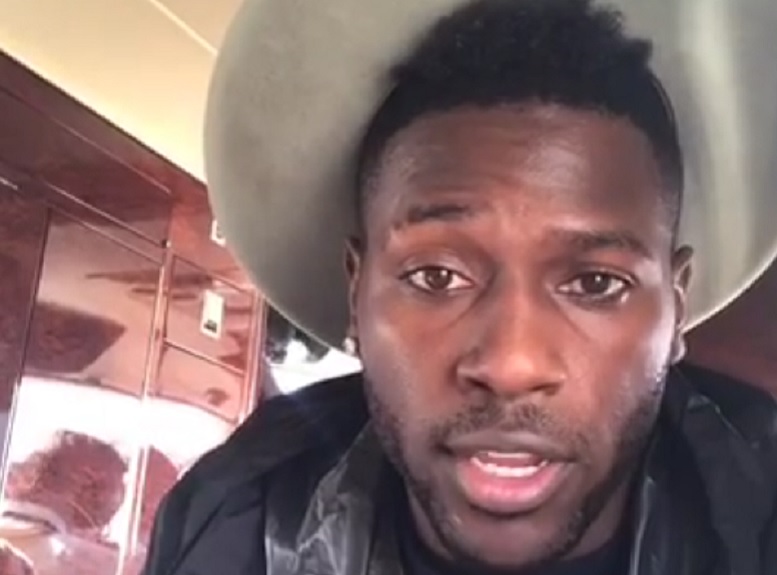 As expected, Pittsburgh Steelers wide receiver Antonio Brown isn’t done with Facebook Live. On Wednesday, Brown, who backed out of the 2017 Pro Bowl recently, streamed live from a jet on his way out of town in an attempt to “quiet the noise.”

“I wanted to check in with you guys and quiet the noise,” Brown started. “There’s been a lot of reports, a lot of people saying a lot of different things, but you guys know the truth. I’m excited and looking forward to next year, and the process of getting better starts right now. Thank you for God for staying positive and spreading that great energy with me all year. I’m extremely grateful, I’m extremely humble.”

Brown then apologized again for his controversially Facebook video following the Steelers Divisional round playoff win over the Kansas City Chiefs.

“I apologize sincerely that I caught an awkward moment when my coach was talking,” Brown said. “I didn’t mean no harm. I surely wanted to show you guys the process and the fulfillment of winning big football games and being excited.”

“Yeah, we were so close but yet so far. Already making plans for next year to see how we can get better,” the Steelers wide receiver said.

Much later in his video, Brown indicated that he will have a new motto in 2017 and that it’s “Rise above.”

Brown, who plans on going to Chicago to watch his good friend Jimmy Butler play for the Chicago Bulls, also explained why he backed out of this year’s Pro Bowl.

“I was going to attend the Pro Bowl, but I just couldn’t, man” Brown said. “There was so much energy taken out of me after the loss. So, I decided to spend time with my family.”

Brown, who is likely to receive a very lucrative contract extension from the Steelers during the offseason, admitted Wednesday that he was indeed fined $10,000 by the team for his locker room video.