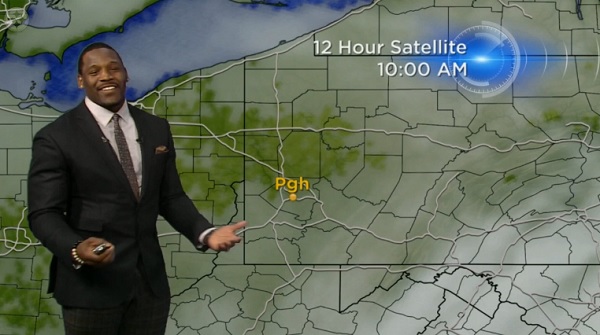 Question: Game Edition – Will this game be one for the elements?

While we are still not entirely sure just how the weather will be by the time the Steelers and Chiefs kick off tomorrow night, we do at least know when it will happen. There is a chance that there will be some very inclement weather in the Kansas City area during the day leading into the game, and that will obviously have some effect on the game.

It will in all likelihood not be exactly the way it was in Buffalo. Several weeks ago when the Steelers put in a dominating rushing performance against the Bills, the game experienced snow, but the temperature was not out of control, and it warmed up over the course of the afternoon.

With it being a night game, we may well be looking at freezing temperatures, and a playing surface that is as hard as a rock, which could force players to opt for different cleats. I wrote in the leadup to the Dolphins game how the last time Miami had such a game, the players changed their cleats during halftime to one better able to work on the frozen field.

Wind conditions could obviously have a significant impact on the deep passing game, which hasn’t really all been there for the Steelers in recent weeks, even though they have the highest percentage of deep passes in the league. No deep passing attempts were completed last week, though one drew a pass interference call. Two others were intercepted.

Which team might be better suited for this sort of game? it’s hard to say, particularly since both teams have had their experiences playing in inclement weather this year. But, of course, neither have had seen the starting time of a playoff game moved due to expected weather, either. The last time that happened was in 1932 before either team existed.

Either way, I am optimistic that the Steelers will be able to run the ball. The Chiefs have only allowed fewer than 100 rushing yards in a game four times this season, and have allowed at least 124 in four of their past five games. the Steelers put up about 150 on them earlier in the season, and that was with a healthy Allen Bailey, Jaye Howard, and Derrick Johnson.