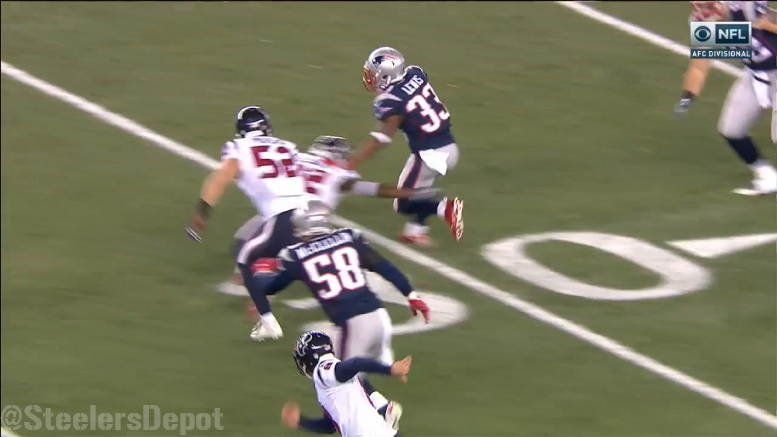 Question: Are the Steelers ready for another challenge in the return game in Dion Lewis a week after containing Tyreek Hill?

In the build-up to Sunday’s game in Kansas City, a large portion of the talk about the Chiefs’ offense and special teams understandably focused around Tyreek Hill. When it came time to actually play ball, however, he had a greater impact as a diversion, a decoy, than when he actually had the ball in his hands.

Particularly notable is the fact that they limited Hill in the return game, as he averaged just 18 yards on four kick returns with a long of 21, and did not allow him to return a punt. His four returns reached the 12-, 16-, 24-, and 21-yard lines. The one that he took out of the end zone was the one that reached the 16, on his game-long 21-yard return.

That’s all well and good if you can stop one returner for one game, but the Steelers over the course of the final several games of the regular season had not quite been themselves on the coverage units, and we just saw Dion Lewis for New England return a kick 98 yards for a touchdown on Saturday.

Lewis also had 41 rushing yards and a touchdown on 13 carries and 23 more yards with another touchdown on two receptions. He was not available for the Patriots during their regular-season meeting against the Steelers this season, but he was there during the 2015 season.

In that 2015 season opener, Lewis put up 120 yards against the Steelers on offense, with 69 rushing yards on 15 carries and another 51 through the air on four receptions. He was not on return duties for the Patriots at that time.

Lewis actually doesn’t have an extensive body of work on special teams. It’s not something that he did in college at Pitt, and during his first season in Philadelphia, he averaged just 21.6 yards per kick return on 31 returns. Prior to Saturday’s game, he had only returned three other kicks in his career. But he certainly looked like a threat on that 98-yarder.