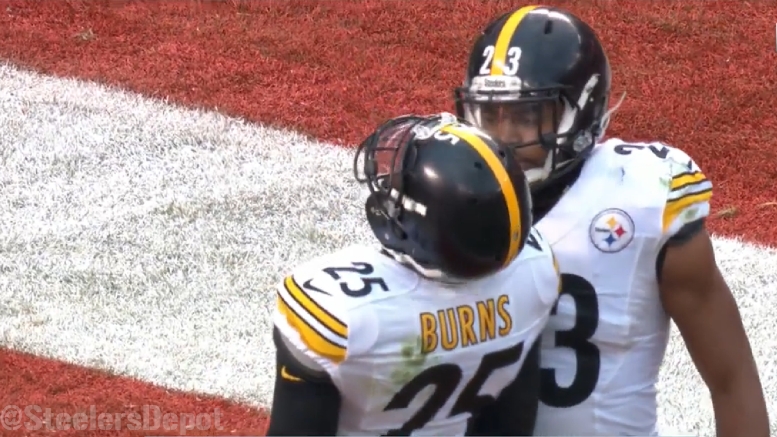 Question: Is Artie Burns prepared to face some playoff football?

It was around the time of the Steelers’ first meeting against the Dolphins that rookie first-round cornerback Artie Burns was promoted to the nickel role. It would be another couple of games before he would be in the starting lineup—on the opposite side of a bye week—but he played the majority if the defensive snaps in that game, which was a game that was admittedly a lot more about Jay Ajayi than Ryan Tannehill.

Tannehill completed 25 of 32 passes for 252 yards in that game—certainly not an insignificant contribution to the Dolphins’ overall offensive performance, obviously—but he neither scored nor threw an interception. Ajayi gained over 200 yards on the ground on 25 carries and scored twice, including late to put the game away.

Burns’ issues in run support were readily on display in that game, however, which I believe is something that we took a look at in the aftermath of breaking down their performance in the week that followed. From missed tackles to poor angles that gave up the edge, his performance left much to be desired in run support and contributed to Ajayi’s big day.

He also failed to carry the outside vertical late in the first half that allowed Jarvis Landry to get open for a 39-yard gain, which is an issue that we have seen carry out throughout the season. He is still a novice in diagnosing and reacting the nuances of wide receiver route-running and in pattern recognition.

That is not to say that he hasn’t made substantial growth over the course of the season, but at the same time, I think it is fair to ask the question. Exactly how prepared is he for the level of intensity and game-planning that comes with facing playoff offenses? How accountable can the coaching staff expect him to be, and will they feel compelled to protect him more? His readiness concerns me more than the other two rookies.