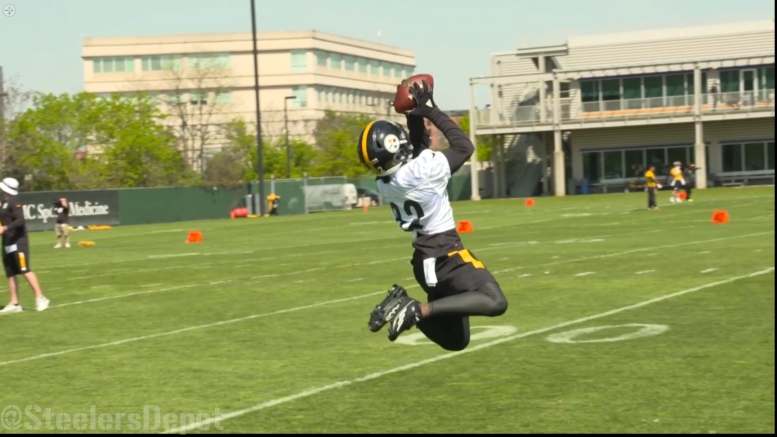 Several beat writers have commented over recent weeks about the fact that Pittsburgh Steelers wide receiver Darrius Heyward-Bey does not exactly look as though he is a player who is going to be taking the field again any time soon. The coaching staff seems to be very aware of this, according to Jim Wexell.

Writing for Steel City Insider, Wexell talked to rookie seventh-round draft pick Demarcus Ayers, who has spent the entire season on the practice squad. You might have noticed that veteran wide receiver Antonio Brown has been given a couple of days off recently. It has been Ayers mopping up those valuable practice reps with the first-team offense—in a possible preparation to be called up to the 53-man roster.

Ayers told Wexell that Todd Haley and the coaches “want me to stay tuned to the game plan”, which is generally not what a player on the practice squad is doing. “Coach Haley has been really pressing me all week about learning the X spot, so the arrow is still going up”.

He also said that Ben Roethlisberger was happy about a deep pass that he was able to run under for a reception in practice. The Steelers have been lacking that vertical passing game without Heyward-Bey and Sammie Coates functioning in the lineup, though that is not exactly his scouting report.

“I head Coach Haley say a couple times ‘Keep DA in because he’s giving effort’”, Ayers told the reporter. “Things like that let me know I’m progressing and make me want to go harder for my teammates”. He also added, “When my number’s called I’ll be ready. These guys can trust me, too”.

For a large portion of the season, the Steelers have been operating more or less with just three wide receivers, with Brown obviously receiving most of the attention. Following Markus Wheaton’s move to the injured reserve list and Heyward-Bey’s injury, as well as Coates’, they have been significantly undermanned.

Completing the trio of healthy wide receivers is Eli Rogers, a second-year former undrafted free agent who spent all of his rookie season on injured reserve before even reaching the preseason, and Cobi Hamilton, who was a late addition to the training camp roster and started the year on the practice squad.

Should Ayers get the call-up, he would be the second wide receiver that the Steelers have promoted from the practice squad, but if they do so, it is unclear what move they will make. Is Heyward-Bey’s injury significant enough to warrant ending his season by putting him on injured reserve? He is an integral cog on special teams when healthy.

It was thought that Ayers was competing with Rogers for the final wide receiver spot on the 53-man roster, so it is unclear, if both are activated, exactly what Ayers’ role would be, other than depth, but using him in the split end position would suggest that is not the case. It will be interesting to see if a move is made before the end of the week.