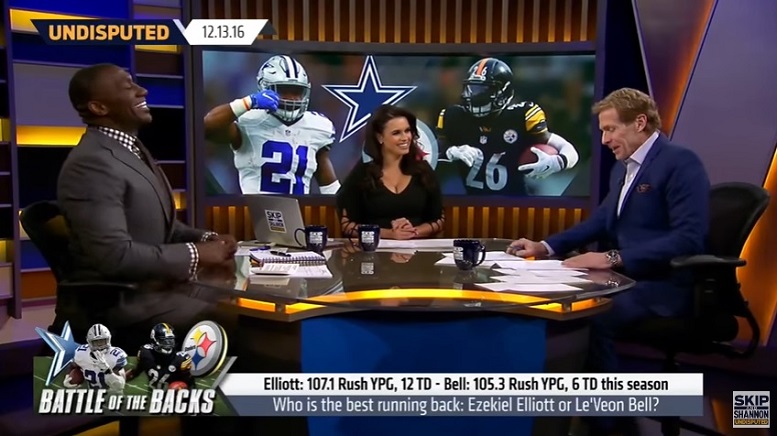 Let me begin this post by saying that I am not a fan of either Skip Bayless or Shannon Sharpe. Additionally, I’ve never seen a full episode of their new show Undisputed. With that disclaimer now out of the way, it was fun to watch the two argue about Ezekiel Elliott and Le’Veon Bell and which running back is the better of the two.

“I think, if you did a poll of GMs, that it would be across the board, 32 to nothing, they would take Zeke going forward over Le’Veon.”

Sharpe, by the way, argues that he’d take Bell, as he believes he’s a far more dangerous receiver than Elliott.

“He’s the most complete [running back],” Sharpe said of Bell. “He’s averaging 161 yards from scrimmage, which if he continues this pace with three games to go, it would be the second-most behind Priest Holmes. The guy missed three games. He has 67 catches right now, Skip, and he’s missed three games with Antonio Brown leading the league in catches. There’s nothing he can’t do. He’s so patient.”

Who made the better argument?