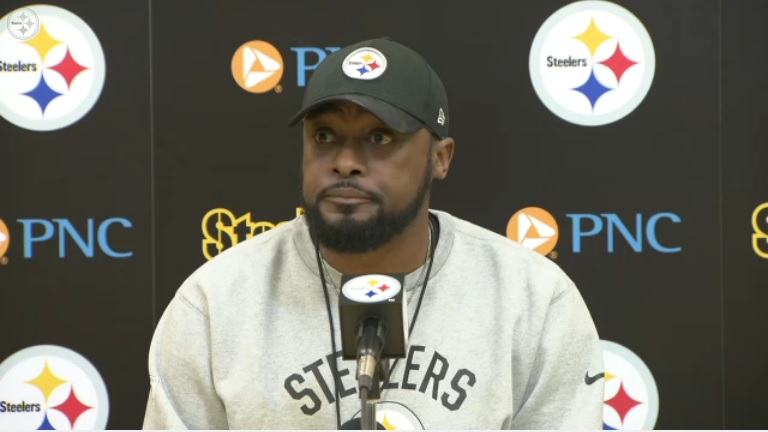 It has served as one of the Pittsburgh Steelers’ greatest mysteries this season. An unmasked man with taped up fingers, Sammie Coates, sitting on the sideline for the past several weeks.

But Mike Tomlin thinks there’s too much being made out of the story. The reasons why Coates isn’t playing are simple.

“He just needs to show he’s capable of consistently overcoming the adversity that’s come in the form of the hand injury,” Tomlin told reporters at his Tuesday press conference.

He’s been deemed healthy, and as Tomlin pointed out, doing a nice job on special teams, but not performing well enough to get on the field. Just one snap for him against the Buffalo Bills and still, just one catch since early October.

The “overcoming adversity” is probably true enough but it’s basically the same line we’ve heard for weeks. When expanding on the things Coates needs to do, Tomlin got a little more specific.

“[The broken fingers] makes it difficult to catch the ball consistently, particularly when he’s working back to the quarterback. Until we can get some comfort or clarity in that area, his offensive contributions are going to be limited.”

Coates has shown he’s a deep threat, don’t forget he’s averaging over 21 yards a catch this season, but hasn’t been well-rounded enough when healthy and certainly not since he’s been hurt. But that looks like the one specific area the Steelers are trying to see Coates bounce back in before putting him on the field.

Though again, Tomlin doesn’t think there’ a shroud of mystery to it. Broken fingers suck.

“I know you guys think there’s more to the story than what it is but it’s not. The guy’s got two broken fingers on one hand.”