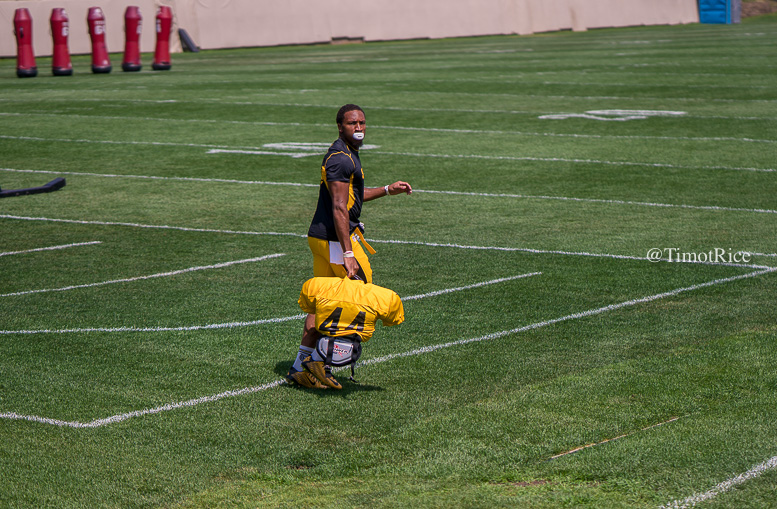 It’s always a risk when teams send players through waivers though generally, they make it through unscathed. Not today.

John McClain, a beat writer for the Houston Chronicle, reports/tweets Al-Hajj Shabazz has been claimed off waivers by the Houston Texans.

Shabazz was released over the weekend after the Pittsburgh Steelers needed room to sign kicker Randy Bullock, brought to fill-in for Chris Boswell’s abdomen injury.

Shabazz, a second year player out of D2 West Chester, was someone the team seemed high on. He entered camp as an afterthought but flashed with his size, length, and physicality, while proving to be an asset on special teams.

He specifically earned a hat on gameday over Justin Gilbert for his special teams value for that reason. So it’s a bit of a disappointing loss to see him go elsewhere.

Shabazz was officially credited with one tackle this season. He had played 62 special teams snaps according to Football Outsiders and another six on defense, the latter of which came against the New York Jets.