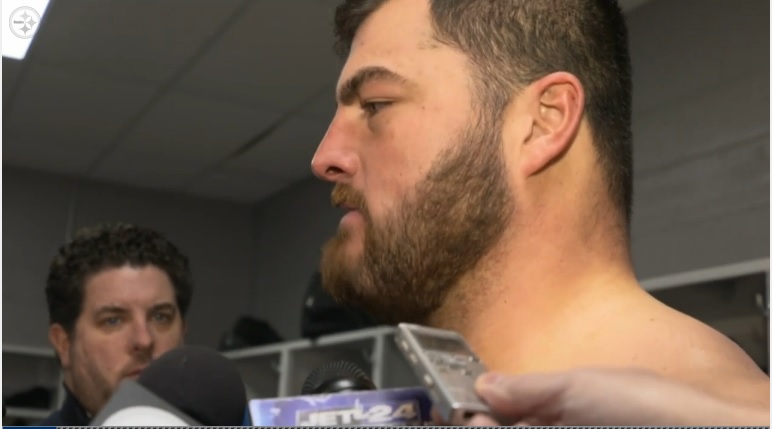 It’s Le’Veon Bell’s world. We’re all just living in it.

Apologies if roughly 98% of the articles you’ve seen over the past 24 hours but after a game like that, it’s difficult to talk about anything else. I’m sure you can recite the numbers like by heart: 236 yards rushing, 298 total.

“How much can I appreciate it? About as much as any Steelers’ fan can,” Ben Roethlisberger told reporters via Steelers.com. “Awesome. Awesome, awesome, awesome. Just the way we find ways to win. And he keeps plugging. But I think he’ll be the first to tell you it’s not just him. It’s the linemen, it’s the tight ends, the fullback. That’s December style football right there.”

Yesterday, we wrote about how Mike Tomlin called Bell a December-style running back, someone always used to playing in cold, snowy, and generally unfavorable conditions.

The old saying is offensive linemen love nothing more than run blocking. Something David DeCastro can vouch for.

“It was a lot of fun,” DeCastro said about blocking for Bell. “That was one of those games you kinda always think about playing. You’re thinking about it in the moment and you’re thinking things are going pretty and then you look at the scoreboard and someone says we have a franchise record.”

Bell indeed set the Steelers’ single game rushing record, his 236 beating out Willie Parker’s previous mark of 223. It was an incredible performance against a not-terrible rush defense, albeit one without one of their top interior linemen. But the Steelers chipped away from the Bills from start to finish, wearing them down and steamrolling them the rest of the way.