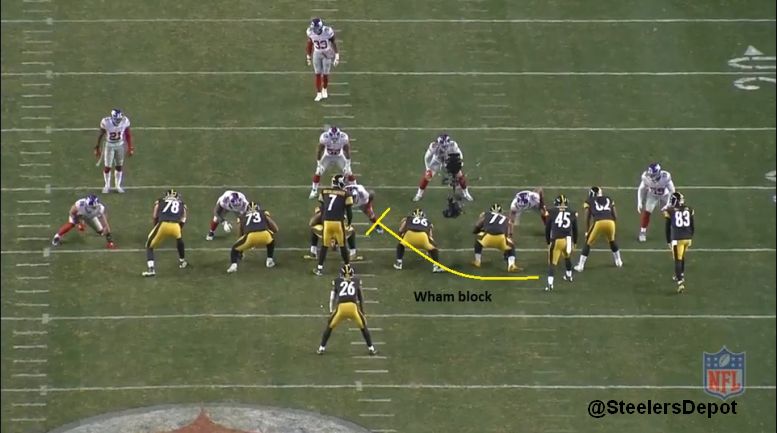 Game notes from the Pittsburgh Steelers’ 24-14 win over the New York Giants. 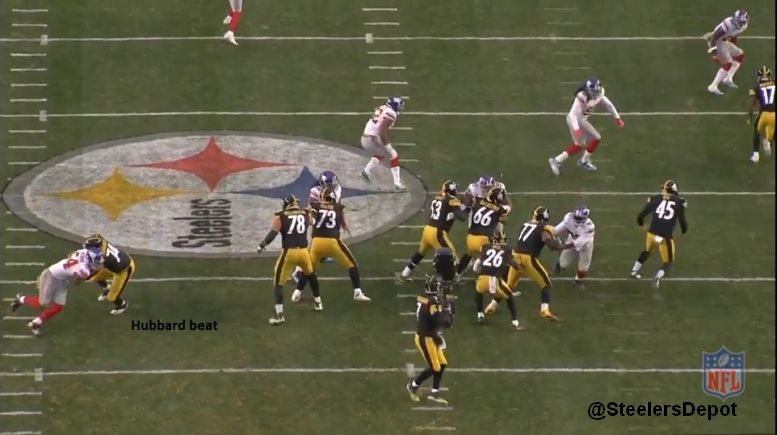 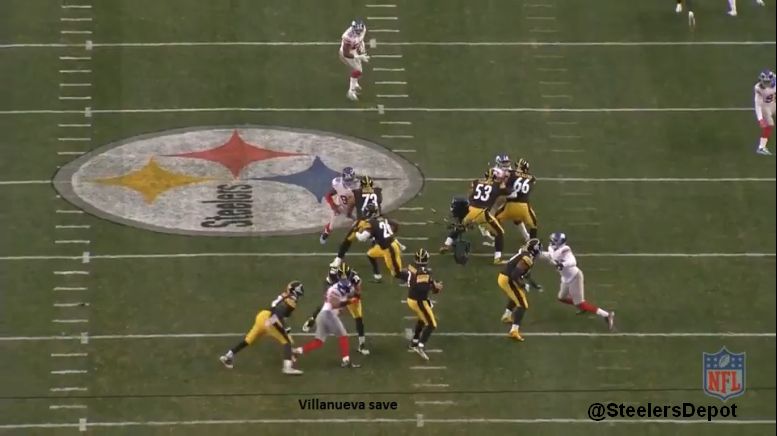 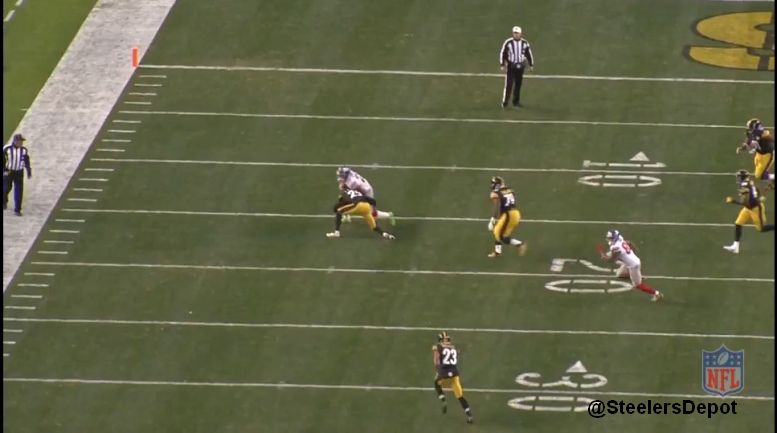 – Nice job by William Gay to carry the wheel in Cover 3. 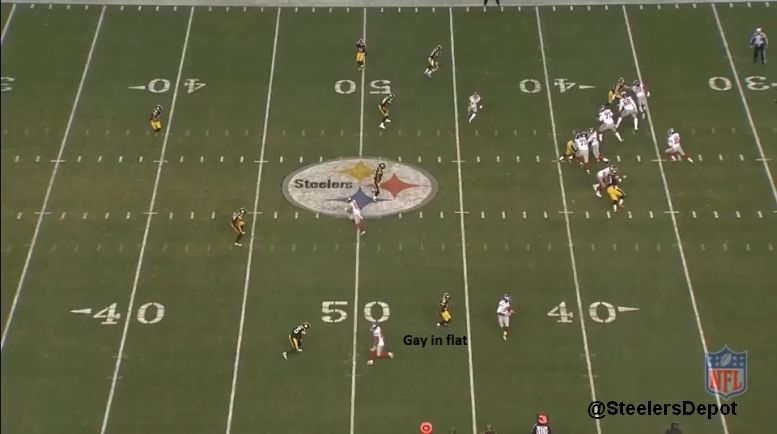 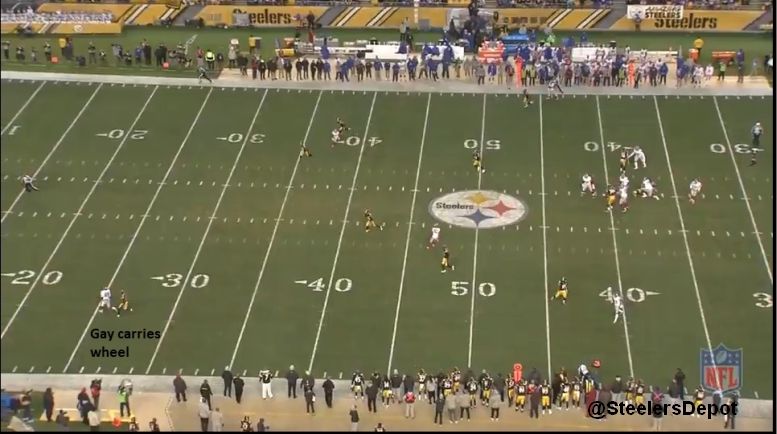 – Big play for Jesse James was also a fake screen/swing, which they threw to Le’Veon Bell on the first play of the game. 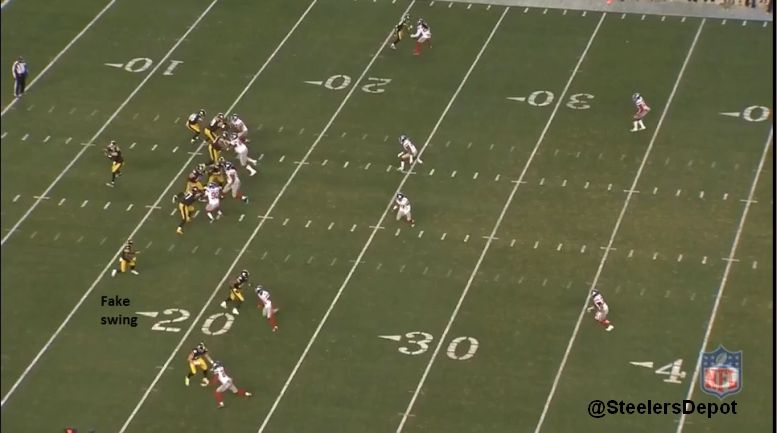 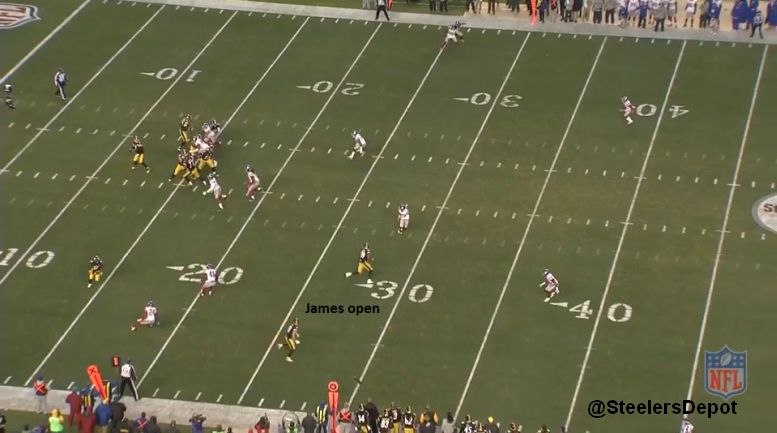 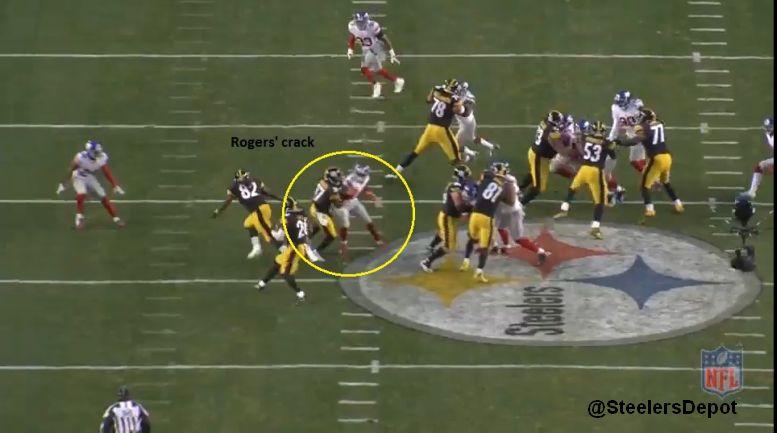 – The HB pass. Rogers was pretty wide open but it’s understandable for Bell not to test it. This concept is what the Cleveland Browns ran last week and got open so that’s why they did it. It was a good idea. 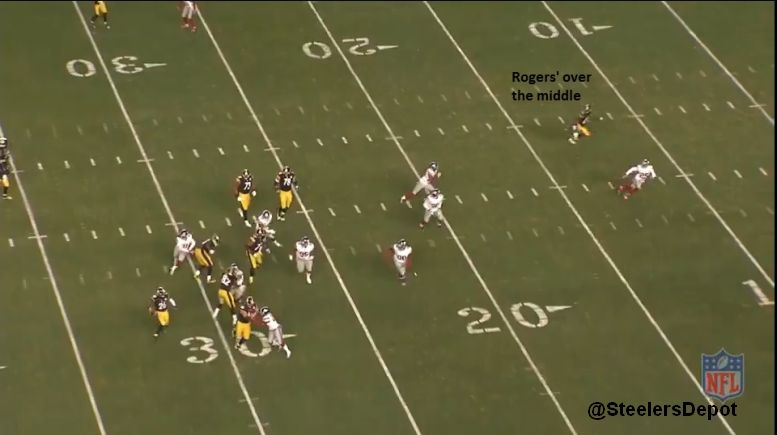 – Thomas made a nice open field tackle on kick coverage and then got hurt. Bummer.

– Nice angle by Burns on this slant, which he didn’t do on Mike Wallace’s 95 yard touchdown. Here, he plays to the upfield shoulder and makes the tackle. Really good job. 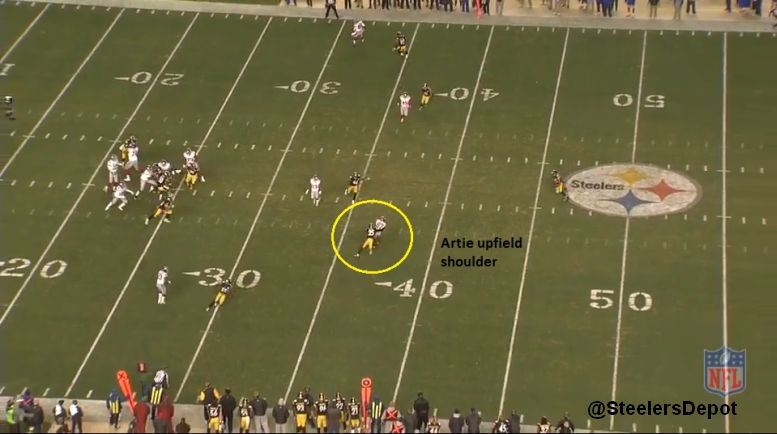 – Technique and explosion. Shazier is a rare breed.

– Stephon Tuitt with a push pull of the center to beat him clean. 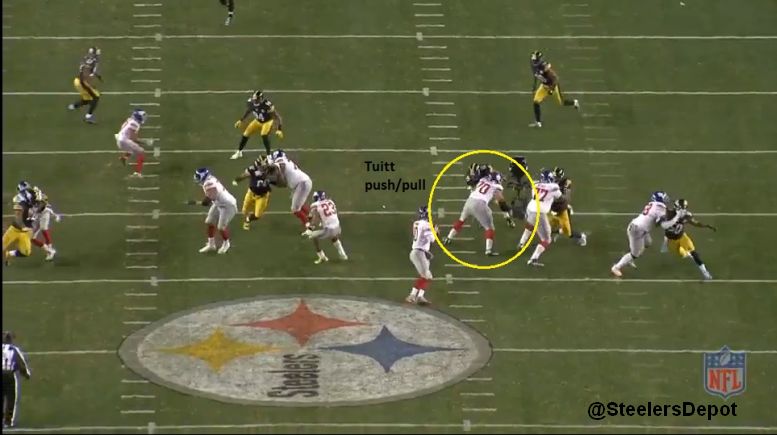 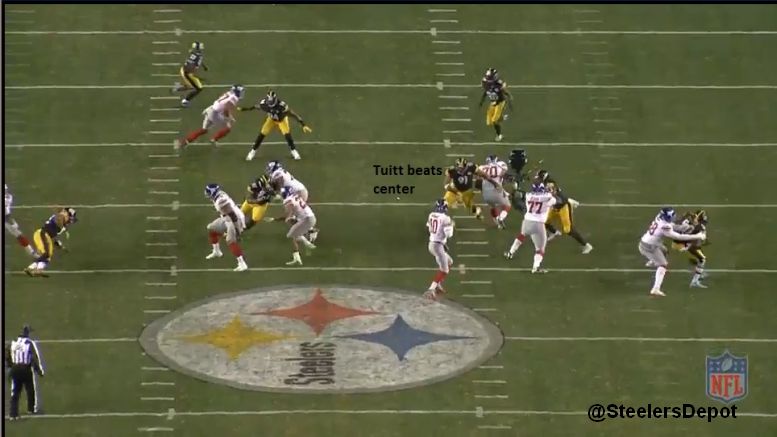 – Not sure who was supposed to pick up Will Tye on his big catch and run. Hard one to figure out. 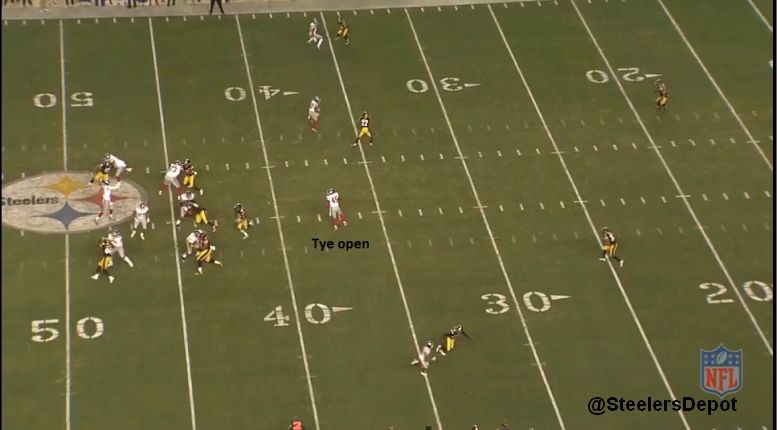 – Key blocks on this trap run. David DeCastro with the kickout, Jesse James following up the hole. 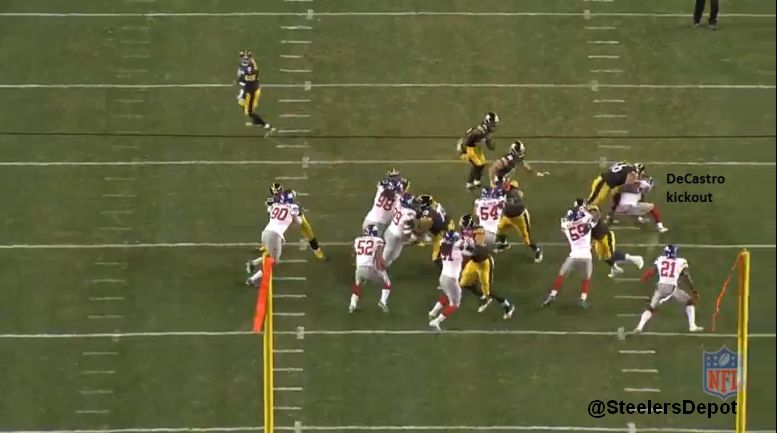 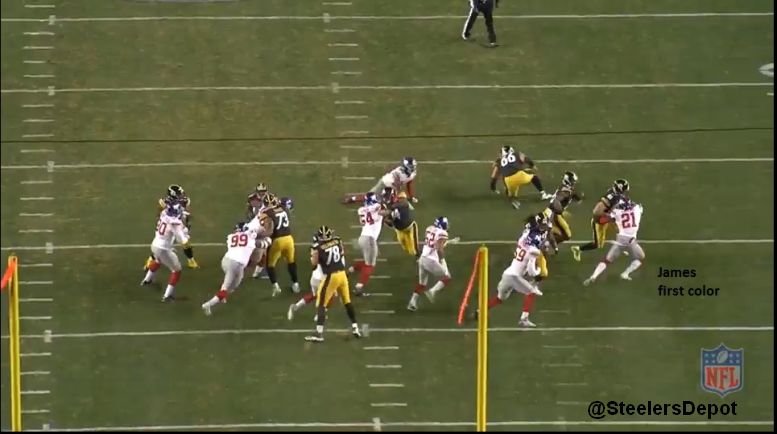 – Lawrence Timmons the cagey vet, working off the block.

– Ricardo Mathews has to be able to stay on his feet or he’s going to lose contain. 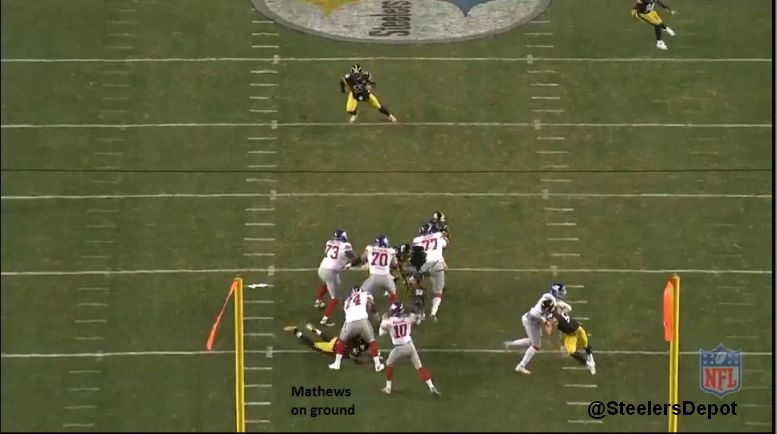 – OL with a nice pocket for Ben Roethlisberger. 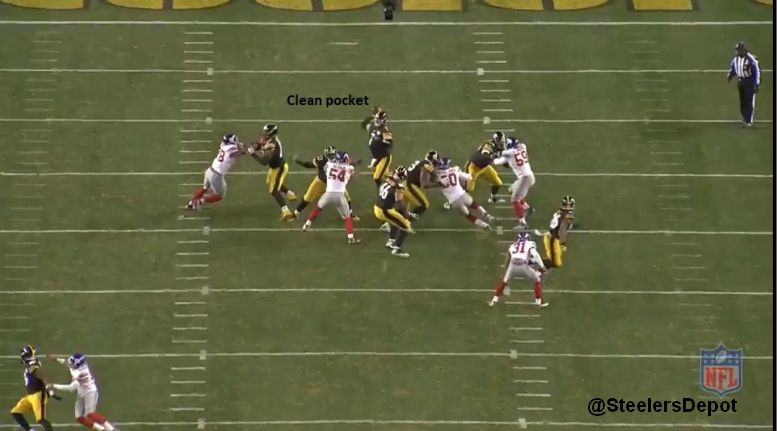 – Marcus Gilbert had a lot of trouble with Jason Pierre-Paul. Punched and beat inside here. 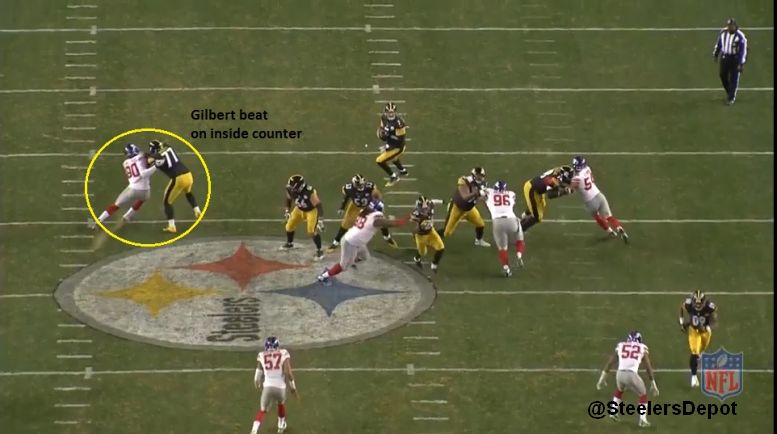 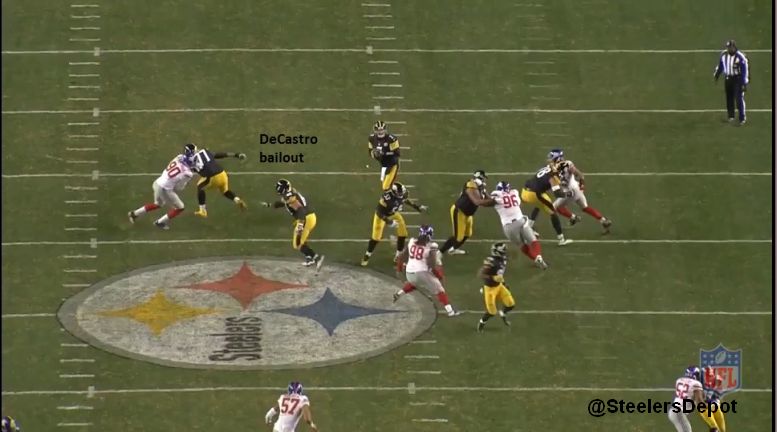 – Nice adjustment by Eli Rogers on this grab. 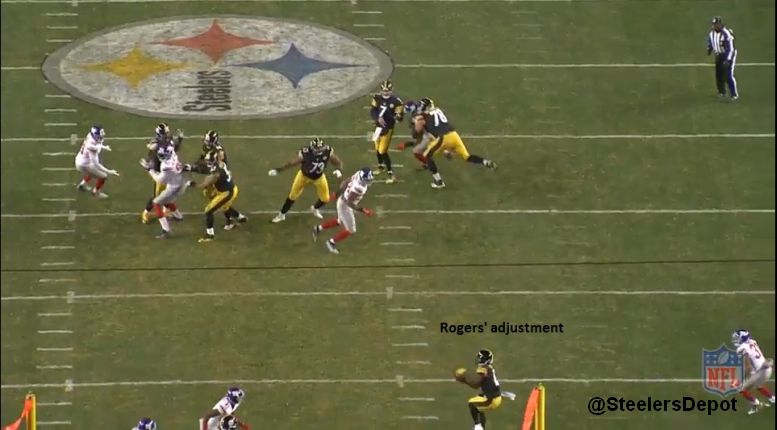 – James with a nice block and seal on the SAM linebacker. 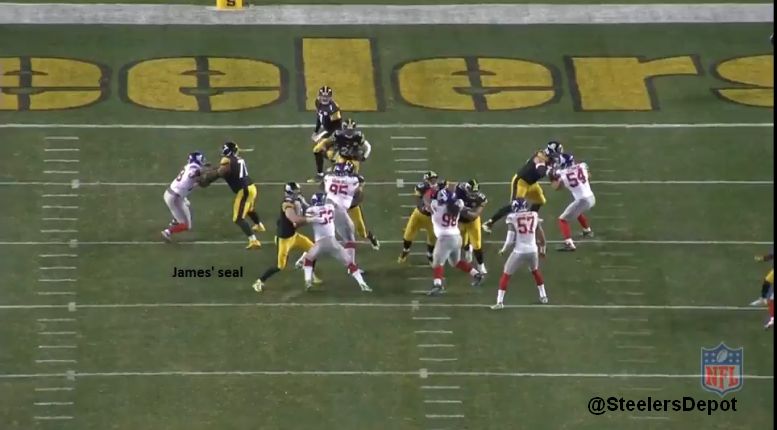 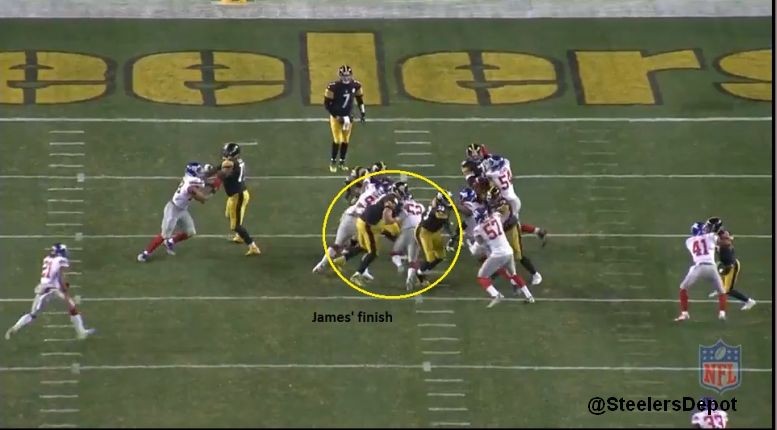 – Bud Dupree showed a great first step but you can see the lack of ankle flexion compared with James Harrison. Guess who got to the QB and who got pushed upfield. 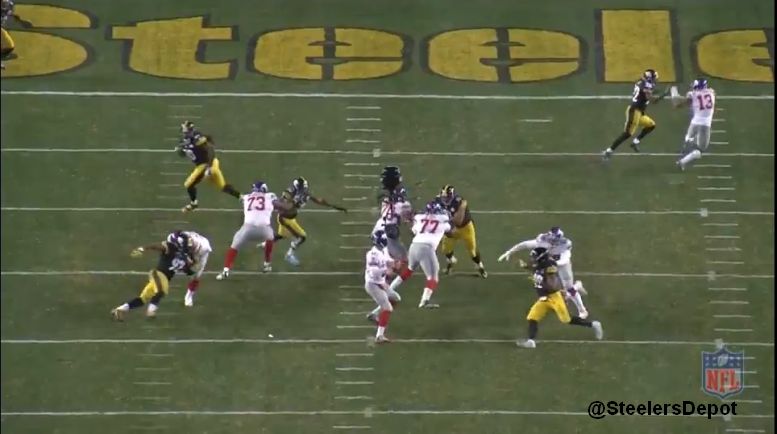 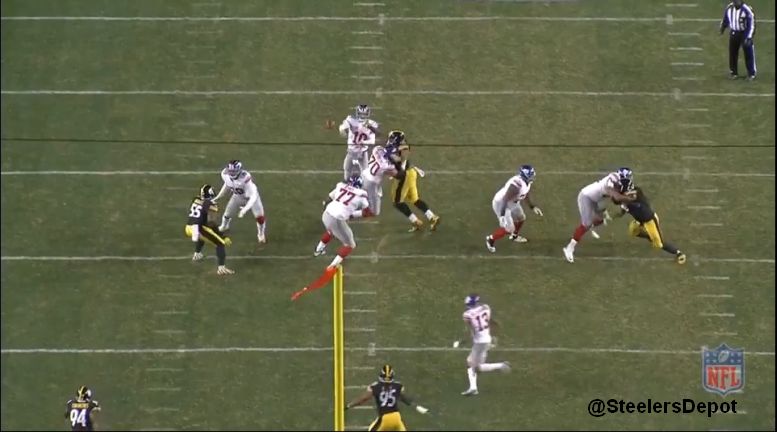 – Love how the Steelers wore the Giants down at the end of the game. Gains of 19 and 12 yards on the ground.

– Tremendous blocking all around. Reach by David DeCastro, the finish by Maurkice Pouncey, and everyone else. 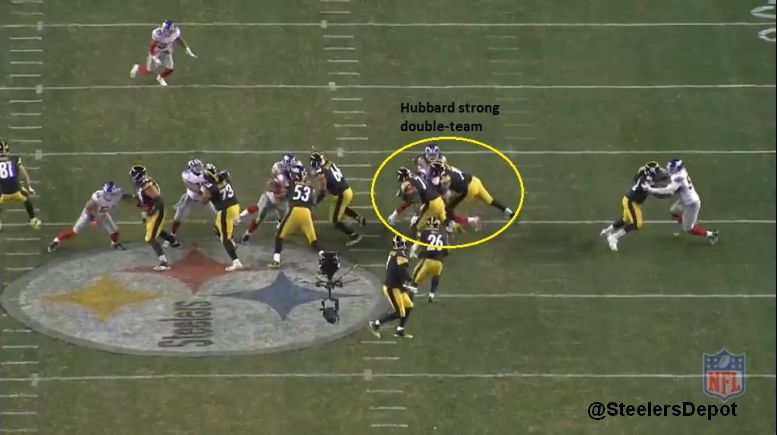 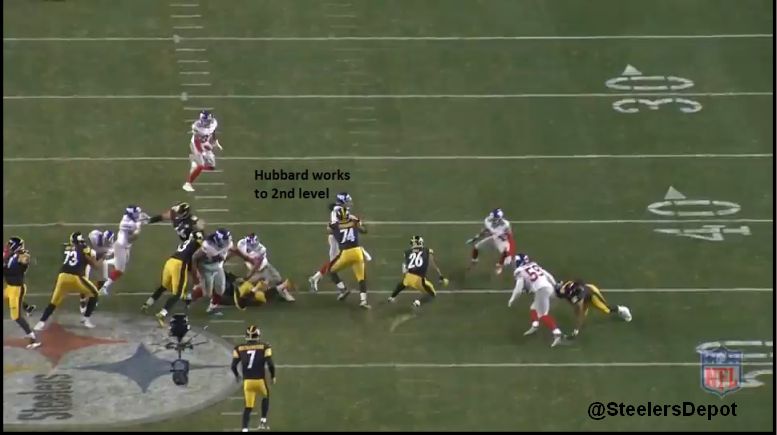 – Steelers ran a wham block, Rosie Nix working on the one technique, for I think the first time ever under Mike Munchak. 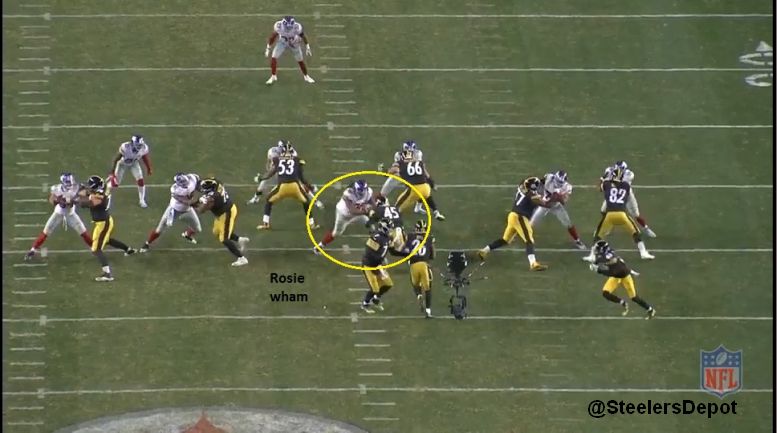