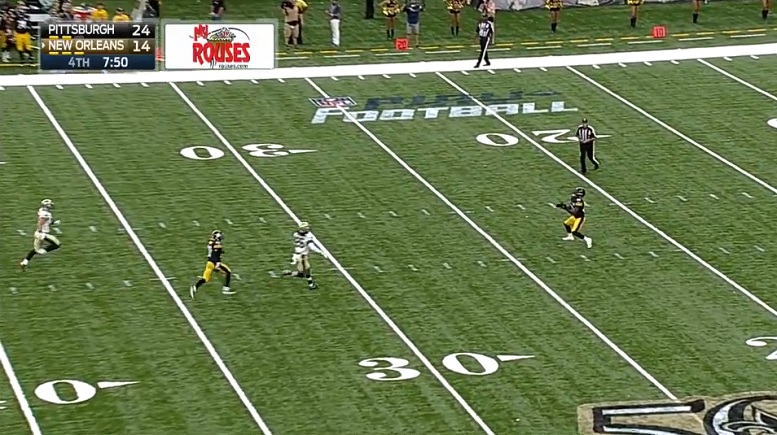 The Pittsburgh Steelers regular season finale against the Cleveland Browns at Heinz Field this coming Sunday is meaningless for the home team as far as winning goes but with that said, there will be several things to watch for in that game and especially when it comes to the return game.

With wide receiver Antonio Brown expected to be held out of Sunday’s game against the Browns, it will be interesting to see who head coach Mike Tomlin chooses to replace him as a punt returner. It likely will be one of two young wide receivers, Eli Rogers or Demarcus Ayers.

While Rogers and Ayers both returned punts during their respective college careers, the latter might wind up having the best shot at returning the bulk of them Sunday against the Browns and especially based on what special teams coordinator Danny Smith said about the Houston product immediately after he was selected in the seventh round of the 2016 NFL Draft.

“This is a dynamic kid, Demarcus Ayers. I’m excited about it, very excited about it,” Smith said of Ayers’ selection this past April. “He is an excellent punt returner. We had him rated number one on our list as far as returners were concerned. Not taking into play, wide receiver skills in this setting, he is outstanding and he does a great job. He has a lot of special skills. We are excited about it.”

“I’m not concerned about that to be honest with you,” Smith said this past April when asked about Ayers’ kickoff returning abilities. “We have a lot work to do. He is a punt returner for us and we will have to see what he can and can’t do.”

Even if Ayers is allowed to be back deep on the kickoff team against the Browns, he’ll likely be joined by running back Fitzgerald Toussaint, who has been the off-returner for most of the season. Toussaint has returned 13 of the team’s 25 total kickoff returns so far this season for 278 yards with a long of 33 yards.

Should Ayers ultimately not be allowed to return kickoffs against the Browns, perhaps cornerback Justin Gilbert will get an opportunity to do so. Gilbert, who was acquired from the Cleveland Browns via a trade just prior to the start of the regular season, has returned three kickoffs for 69 yards with a long of 32 yards this year.

Regardless of what ultimately happens Sunday at Heinz Field, Brown won’t be returning any punts and that means a different player will need to. Hopefully Tomlin uses the opportunity to take a long look at either Ayers or Gilbert to see whether or not either might be able to continue on with that role during the playoffs.