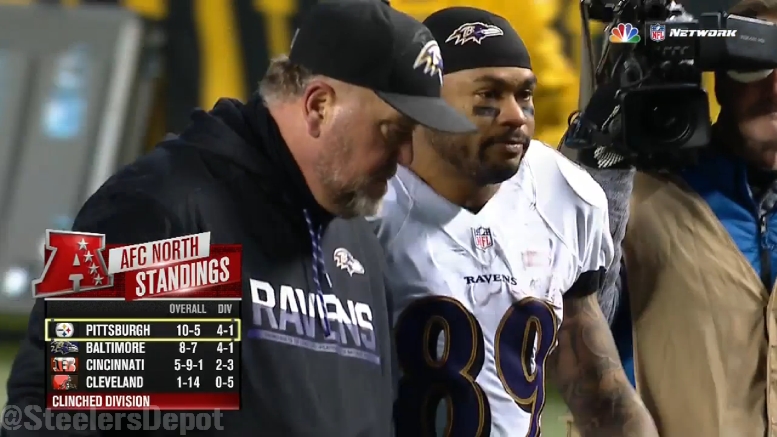 In the wake of yesterday’s game, the Pittsburgh Steelers successfully rode a six-game winning streak to secure a huge win over their chief rivals, the Baltimore Ravens. In doing so, they secured their third consecutive trip to the postseason, which is a feat that had not been done in Pittsburgh for nearly 20 years, when they made the playoffs from 1992 to 1997.

The victory also saw them crowned the winners of the AFC North division, which gave them that title for the second time in the past three seasons, and the fifth time in the past 10, or exactly half of the time under the watch of Head Coach Mike Tomlin, who has been at the helm for that span of time.

Even though they never fell into a true hole, this Steelers team, which seems primed to finish the season 11-5—if they seek to play for a victory in the final game of the season—after overcoming a four-game losing streak, has come a long way from the teams that finished 8-8 just a few short seasons ago.

That period was really bookmarked by a Ben Roethlisberger injury and a transition period. In 2013, they began the season with a 6-3 record until he was injured and missed three games. They lost two and went 1-3 in the final three games with him, as he did not look the same, finishing the year 2-5.

In 2013, they started the season with a four-game losing streak and went 2-6 during the first half of the season, but then they went on a pair of three-game winning streaks, going 6-2 in the second half of the year just to get to 8-8.

A year later, after starting out the season exchanging wins and losses, they rode a four-game winning streak at the end to claim an 11-5 record and the division. A late stumble in 2015 against the Ravens resulted in them falling to 10-6, but they still secured a playoff berth as a Wildcard, and they even won their first playoff game since the 2010 season.

The Steelers had their stumble this year midseason, but they have overcome some major adversity since then and have played surprisingly well in the absence of some important players. The only injury they could not overcome was Roethlisberger’s, which was the overriding factor in their four-game losing streak.

Since then, however, they have been on a six-game winning streak that they are hoping to turn into 11, all the way through their seventh Super Bowl. And I bet there are a lot more people thinking that’s a realistic possibility today than there were just a couple weeks ago…or even yesterday.

One again, the Steelers ‘Run the North’, as their t-shirts say. And this time they have secured the number three seed, and seemingly have a healthier roster—or a potentially healthier roster—going into the playoffs this time around. The final game of the regular season is essentially their bye week.