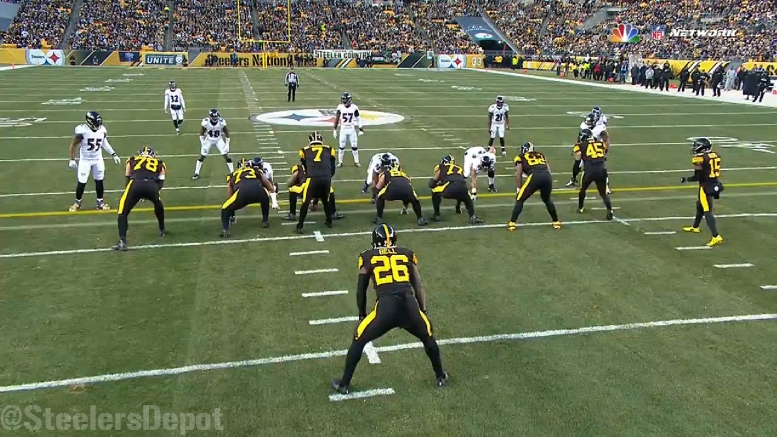 The Pittsburgh Steelers have not lost a game since the 13th of November, when they managed to snatch defeat from the jaws of victory by allowing the Cowboys to score a nearly last-second go-ahead touchdown to spoil what should have been a game-winning drive for Ben Roethlisberger and the Steelers offense.

That was a wakeup call. Not just for the defense, which gave up the drive, and 35 points in the game, the most they allowed during the entire season, but for the entire team, on offense, defense, and special teams, down to the individual position groups, and down to every individual player.

They have responded about as well as you possibly could, as they have won all six games they have played in since then, and they have done so putting up at least 24 points on the board in each game, topping out with yesterday’s score of 31, the fifth time during the 2016 season that they scored at least 30 points in a game.

One of the main reasons that they have been able to find recent success is that they have also recently found a sense of consistency along the offensive line, which has played undoubtedly some of the best football that can Steelers line has played in at least the past decade.

A line that is sending a pair of players to the Pro Bowl and which boasts, in my opinion, five quality starters—and even some solid depth—is in playoff form, and that is a critical fact as we find ourselves just two weeks away from the postseason beginning and the Steelers’ ticket already punched for the January dance.

Following the Cowboys game, the Steelers committed to running the ball, and the offensive line prided themselves in getting running back Le’Veon Bell 100 yards in every game. They very nearly accomplished that feat, as, last week against the Bengals, he only had 92. But he had 236 the week before.

Yesterday against the Ravens, Bell was decidedly impressive, rushing for 122 yards on just 20 carries, including a seven-yard touchdown on the ground, before adding a second touchdown later in the game on a reception, one of three for 15 yards on the day.

While Pittsburgh has turned to a lot more run formations over the course of the past six games, which has helped the run game, it has also been improvement and consistency from the offensive line that has been the catalyst of success in all phases of the offense.

Over the course of their winning streak, Roethlisberger has only been sacked three times, averaging just a half of a sack per game. And one of those sacks came on a scramble that he chose to take to try to get back to the line of scrimmage on a busted play, which was really a glorified run.

If you ignore that aforementioned sack, then the offensive line has kept Roethlisberger clean in five of the past six games, which is a truly remarkable feat. The only line that has given up fewer sacks this season has been the Raiders. This line is ready for some playoff action.