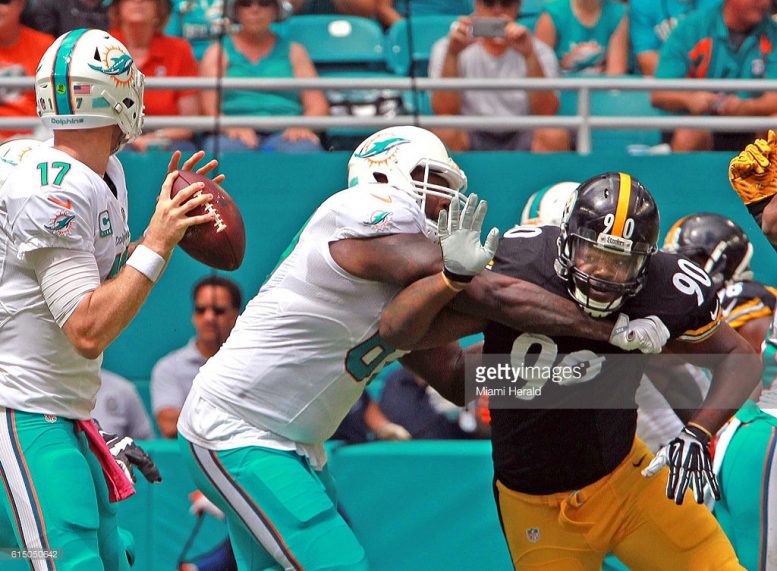 With Pittsburgh Steelers rookie, defensive lineman Javon Hargrave currently questionable for Sunday’s game against the Buffalo Bills with a concussion, veteran defensive lineman Ricardo Mathews might have to start in his place opposite Stephon Tuitt. During his Thursday session with the media, Steelers defensive coordinator Keith Butler was asked what kind of improvement he’s seen out of Mathews the last few weeks

“Well, he’s been here the whole time and Mitch [John Mitchell] is pretty strict on what he wants from him,” Butler said. “So, either Ricardo’s got to listen or he’s not going to play. So, I think Mitch has done a good job with him in terms of learning the defense and stuff like that and he’ll help us.”

Mathews is no stranger to starting this season, his first with the Steelers, as he’s already had to do that in three games due to injuries . However, in two of those three games, opposing running backs rushed for a combined total of 346 yards. With that said, in the 217 defensive snaps that Mathews has played so far this season, the defense has allowed just 3.11 yards per carry when he’s been on the field as opposed to 4.35 yards when he’s off it.

Entering Sunday, Mathews has registered 10 total tackles on the season with 3 resulting in loss yardage. This coming Sunday the Steelers will face the league’s top rushing attack in the Bills and that will certainly be a good test for a defense that has struggled against the run a few times this season.

“The biggest thing for us to win this game is we’ve got to tackle well,” Butler said Thursday. “If we tackle well, we’ll win.”

So, is Butler expecting to be without Hargrave on Sunday against the Bills?

“I don’t know, I don’t know,” Butler said. “That’s concussion protocol. We don’t have anything to do with that and so it’s not up to us so I don’t know if well have him or not. I hope we have him.”