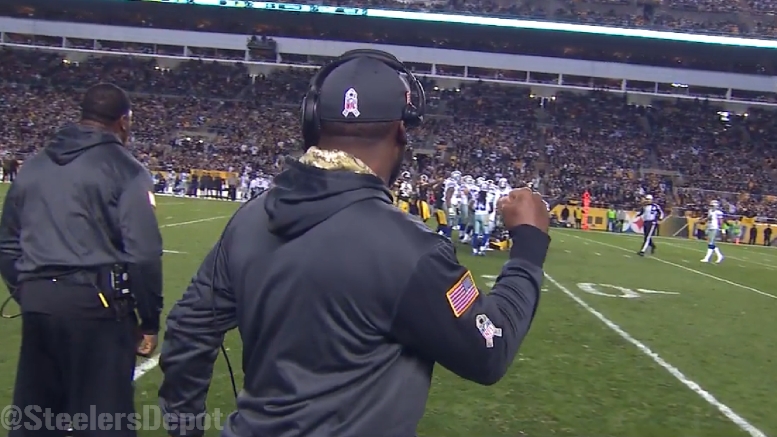 Winners of six in a row and perhaps the hottest team in the NFL, the New York Giants pose as one of the toughest opponents remaining on the Pittsburgh Steelers’ schedule.

While this may be true, it may not be as nerve-racking as it seems. Preparing to do battle with a red-hot team is a strength of Mike Tomlin’s, as his Steelers have successfully ended at least one winning streak per season in his tenure.

By definition, a winning streak occurs when a team wins three consecutive games in a row. Using that as our guide, we can document all the winning streaks that have come to an end at the hands of Tomlin’s Steelers. 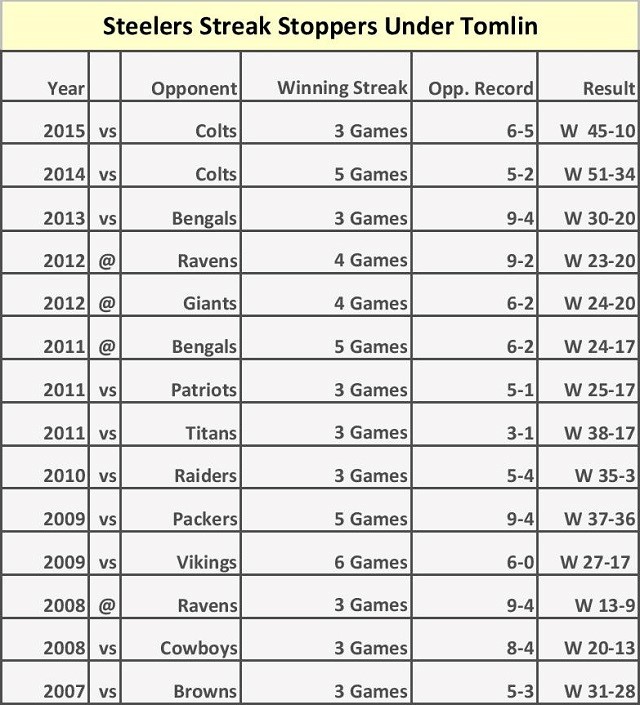 Under Tomlin, the Steelers have slayed 14 winning streaks and at least one per season. The Steelers were forty-three seconds short from adding the Dallas Cowboys to this list a couple weeks ago, but now will have a second opportunity at adding a different NFC East foe to it. While a historical trend may not be enough alone to defeat the Giants, here a couple more convincing reasons on how and why the Steelers may be able to slay the Giants’ giant 6-game winning streak.

A 6-game win streak is certainly impressive but the Giants have had their fair share of luck and favorable scheduling as well. The Giants have enjoyed the comfortability of playing four of the six games at home with their only road games coming in London against the Los Angeles Rams and in Cleveland. With London being more of a neutral ground and Cleveland being Cleveland, the Steelers will be the Giants first road test of their win streak.

This plays into the Steelers favor as the Giants have struggled on the road this season, averaging just 18 points per game on the road as opposed to 23.2 at home.

Bringing the Giants win streak even further down to earth is the fact that five out of their six wins during their win streak have been decided by a touchdown or less. The only opponent that the Giants defeated by more than one score – the 0-10 Cleveland Browns.