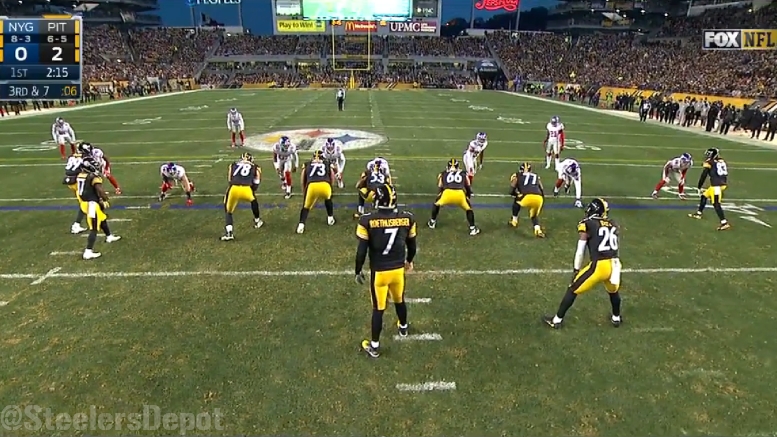 The Pittsburgh Steelers entered yesterday’s game against the Giants understanding that they would need to secure a victory over an 8-3 team in order to maintain control of their own playoff destiny going into the final quarter for the 2016 regular season, because the Ravens had by then already sailed to an easy victory over the Dolphins by the time they kicked off in the evening.

Contrary to what I originally wrote yesterday in an article since amended, due to an erroneous source, the Steelers would actually not have been able to sustain a loss in the face of a Ravens victory while still wielding autonomy over whether or not they are able to reach the playoffs.

Had they lost to the Giants, they would have needed the Ravens to lose two games, including the Christmas Day game versus the Steelers, obviously, in order to take control of the division. Because Baltimore has been handed a loss to a team that is not a common opponent with the Steelers—they lost to the Raiders—all other things being equal, they would have had the advantage in the third tiebreaker, which is winning percentage versus common opponents.

The Ravens are actually in the midst of a critical gauntlet right now, because they are set to face three teams in a row, starting yesterday with the Dolphins, in which they face opponents that have beaten the Steelers. Each win would provide a crucial notch in their belt. But their toughest challenge awaits them next.

If there is one game remaining on Baltimore’s schedule that gives them the best chance to lose, aside from the upcoming game in Pittsburgh, it will be next week’s game against the Patriots, while will be at home, regardless of the fact that they will be without Rob Gronkowski. New England beat the Rams 26-10 yesterday.

After the Patriots game, they host the Eagles, who got kicked around by the Bengals yesterday in Cincinnati. In spite of the fact that they embarrassed the Steelers early this year, Philadelphia has posted a 2-7 records in their last nine games, after opening the year with three consecutive victories. Carson Wentz threw for over 300 yards and a touchdown, but he was picked off three times.

Meanwhile, the Steelers cannot afford to rest either, as their next opponent is the NFL’s best rushing offense, and they will be traveling to Buffalo to match up with the Bills, who put up a tough fight against the 10-2 Raiders yesterday despite falling to 6-6 on the season.

While the Bills have the 32nd-ranked passing offense, the Steelers will be tested heavily on the ground. The Bills are also a top-10 scoring offense as a result, putting up 25.4 points per game. It would be beneficial, and provide critical breathing room for Pittsburgh, if the Patriots come out and do to the Ravens what they have done to so many teams over the course of the past 15 years.