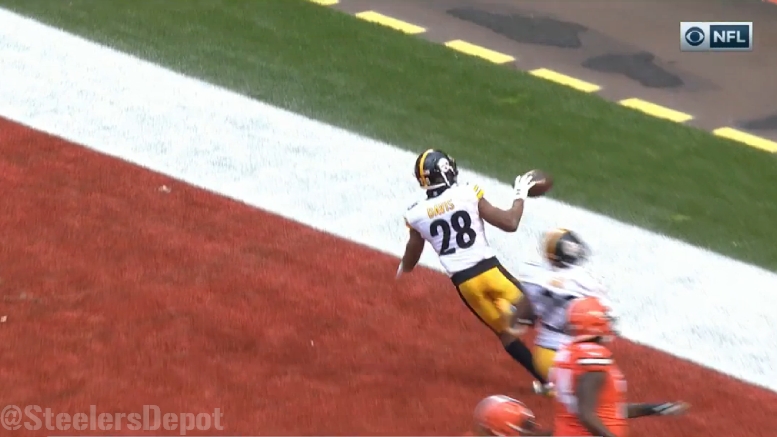 Do you recall your frustration about midway through the second quarter of Sunday’s game between the Pittsburgh Steelers and the Bengals, when it appeared as though quarterback Ben Roethlisberger completed a perfect pass from 13 yards out to wide receiver Antonio Brown for a touchdown on third down and seven—only to see the touchdown nullified by a chop block penalty called on running back Le’Veon Bell?

Did it feel like déjà vu? Because it probably should. That nullified touchdown was not the first of the season. In fact, the Steelers have had no fewer than four touchdowns nullified via penalty this year, with none of them occurring on special teams, which is likely their most frequent occurrence, during returns on punts and kickoffs.

The team has had two touchdown passes on offense negated by penalty, and they have also had two returns on the defensive side of the ball—one via fumble recovery, the other via an interception—with three of them, in fact, occurring over the course of their five-game winning streak. But let’s start at the top of the list.

The first touchdown that the Steelers had nullified came back before the bye week, in the game against the Patriots that Roethlisberger was forced to miss. Late in the first half, on a third down and three, Landry Jones connected with Darrius Heyward-Bey on a crossing route, on which he was able to turn the corner and find the end zone for a 14-yard score.

The only problem was that Chris Hubbard, who was starting in place of Marcus Gilbert, was flagged for a hold on the play when the left edge rusher was brought down to the ground in his pass-rush attempt. There was never all that clear a view of the play, though Hubbard maintained that he did not hold. Not that it matters in the long run.

Several games ago, at the start of their winning streak, the Steelers got what they thought was their first defensive touchdown of the season when Lawrence Timmons’ big hit on a runner that was stood up knocked the ball loose. Sean Davis scooped it up and ran it in. the only problem was that Daniel McCullers was flagged for roughing the passer on the play, wiping out the whole thing—it occurred on fourth and 10, by the way.

Just the game before last, up in Buffalo, William Gay picked off a pass that bounced off the hands of a falling wide receiver and returned it for a touchdown. It would have stood and made it a 14-0 game in the first quarter had Artie Burns not been flagged for defensive holding prior to the pass being thrown.

And finally we get to Sunday’s game, when Bell inadvertently threw a chop block under the new rules when Ramon Foster came in late to pick up the rusher, unbeknownst to the running back. The 15-yard penalty made it third and 22, and the offense ended up losing three yards on the next play, settling for a 49-yard field goal instead.