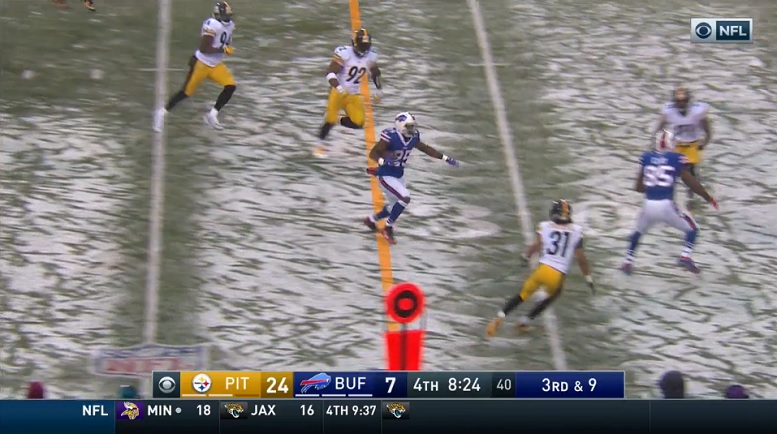 Opposing defenses matched up against the Pittsburgh Steelers know how difficult it is to defend running back Le’Veon Bell not only in the running game but also the passing game. The Steelers defense might also be able to tell you how hard it is to defend Bell, not only because they match up against him in practice, but because opposing running backs often do their best Bell impression against them. 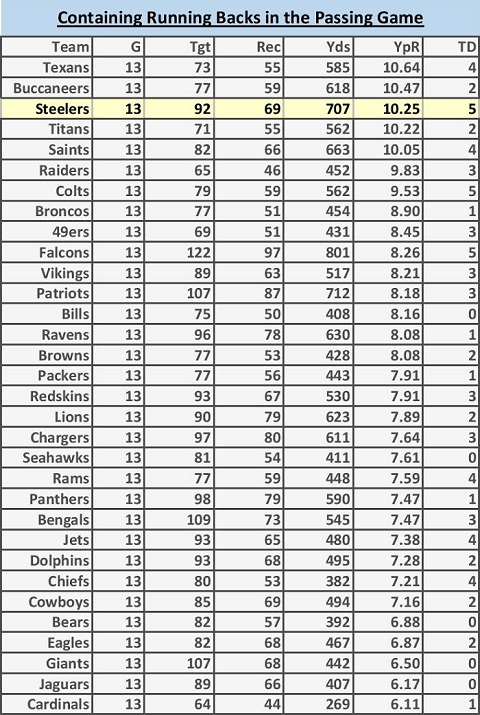 The 69 receptions allowed to a running back puts the Steelers at eighth-most in the NFL but their 707 yards given up are third-most. This difference leads to a 10.25 yards per catch, which puts them just behind the Houston Texans and Tampa Bay Buccaneers.

Consider this, 222 or 31 percent of the total 707 yards given up to running backs have come on just four receptions alone. Those plays being Ezekiel Elliott’s 83-yard touchdown, Darren Sproles’ 73-yard touchdown, Giovanni Bernard’s 25-yard reception and McCoy’s 41-yard reception. The total receiving output of just these four players accumulates to 404 receiving yards, more than half of the Steelers total.

The Steelers will catch a break this Sunday though as Bernard is out for the rest of the season with a torn ACL. The Steelers struggled against Bernard the first time around, allowing 9 receptions for 100 yards. While the Steelers will be relieved not to see Bernard line up, defensive coordinator Keith Butler and the defense will still have to prepare a strategy to defend against elusive pass catching backs moving forward.

The key for the Steelers defense in the coming weeks and possibly the post season is to make sure that there is only one Le’Veon Bell on the field, and that he only wears black and gold.