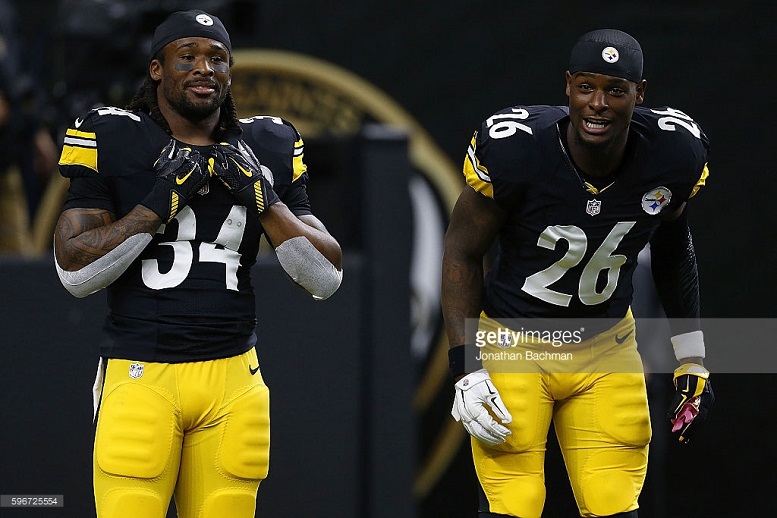 Pittsburgh Steelers running back Le’Veon Bell certainly earned his keep in the team’s Sunday win over the Buffalo Bills as the former second-round draft pick touched the football a career-high 42 times during the game on his way to registering 298 yards from scrimmage. While several Steelers’ fans are concerned that Bell is being overused right now, quarterback Ben Roethlisberger weighed in with his thoughts on the topic during his Tuesday morning interview on 93.7 The Fan.

“If we don’t need to abuse his body, let’s not do it, but it’s that time of year where whatever it takes to win and I think he would tell you the same thing,” Roethlisberger said. “If he’s got to run it into the ground for us to win a Super Bowl, I think he’ll take that and we all will.

“But we’re all sacrificing something right now. The lineman, because the run game is just as violent on them. Whether LeVeon’s running up their back, or if they’re trying to drive defensive lineman into linebackers, I mean it’s as violent for the lineman as it is for anybody. So, right now at this time of year, we all do whatever it takes to win a football game.”

With it sounding like running back DeAngelo Williams might be close to returning to the field after missing the last several weeks due to a knee injury, perhaps he can go back to relieving Bell every now and again. Roethlisberger is looking forward to that potentially happening sooner rather than later.

“I hope so, because that means we can get Le’Veon off the field for a couple of plays and he doesn’t need to take all of that beating if we don’t have to,” Roethlisberger said. “We could use another guy that’s a veteran guy that has really stepped-up for us in the past. So, that would be nice for us to be able to use him.”

After practicing twice on a limited basis last week, it will now be interesting to see if Williams can increase his level of participation this coming week and ultimately play in the Steelers Sunday road game against the Cincinnati Bengals.

“DeAngelo Williams worked some last week and had some positive results of that work,” Tomlin said Tuesday. “He’s got a legitimate chance to participate this week. We’ll let his practice participation and the quality of that participation be our guide in terms of his game availability and role.”

Prior to needing one of his knees surgically repaired, Williams carried the football 75 times for 276 yards and three touchdowns. However, most of those carries came while Bell served his three-game suspension at the start of the regular season.