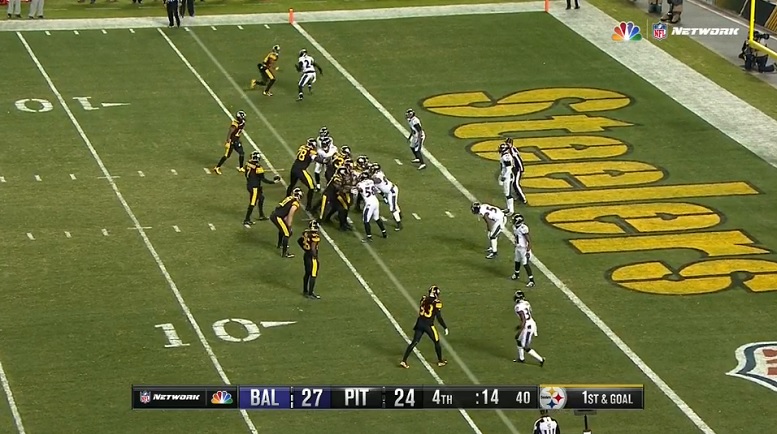 Just prior to the Immaculate Extension by Pittsburgh Steelers wide receiver Antonio Brown late in Sunday’s win over the Baltimore Ravens, quarterback Ben Roethlisberger spiked the football to stop the clock at 13 seconds after completing a short pass to tight end Jesse James. However, during his Wednesday talk with the media, Roethlisberger admitted that he thought about running the fake spike play once again.

Prior to the snap and him ultimately spiking the football, Roethlisberger looked to his left in the direction of Brown several times. Brown was being defended by Ravens cornerback Shareece Wright on that play and he smartly stuck with the wide receiver after the football was snapped. In other words, Wright was obviously coached about that possibility and saw the fake spike play that Roethlisberger and Brown connected on for a touchdown late in the Steelers Week 10 loss to the Dallas Cowboys.