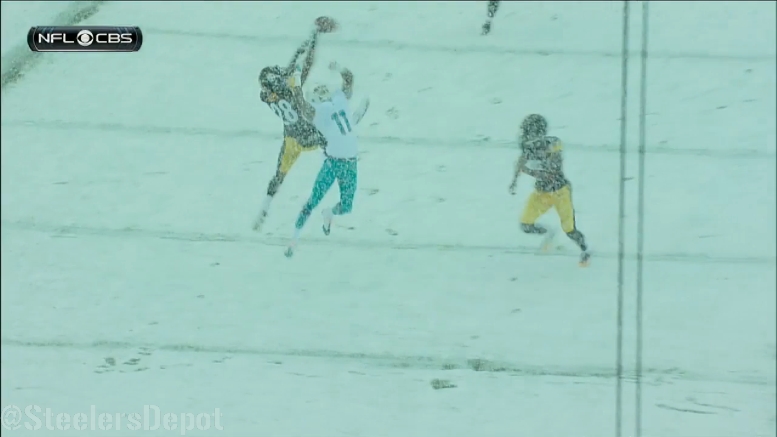 Remember Mike Wallace? Remember when he was in danger of becoming irrelevant? The Pittsburgh Steelers’ 2009 third-round wide receiver was an inconsistent performer after he hit free agency, and nearly disappeared in Minnesota last year. But he has been finding himself again this year with the Baltimore Ravens.

In fact, he has become their biggest receiver, catching 51 passes for 792 yards, averaging 15.5 yards per reception, and adding four touchdowns. That total includes a 95-yard  touchdown that he put up against the Steelers four weeks ago, which I’m sure did not sit well with too many fans of the Steelers.

Wallace’s departure from Pittsburgh was somewhat acrimonious, at least when it comes to public relations. He held out in training camp after his third season, at which point negotiations for a new contract ceased, and that money went to Antonio Brown. The following year, Wallace went to Miami, for five years and a $60 million contract.

While he did have some production there in his two years—his 10 touchdown receptions in 2014 tied a career-high that he had in Pittsburgh in 2010, his second season—his overall numbers have never been the same. In fact, this season is the first year in which he is averaging at least 13 yards per reception since he left the Steelers.

If his departure with Pittsburgh was somewhat acrimonious, then his leaving Miami was more so. Of course, they paid him a ton of money, but he was never in the same atmosphere there as he was here. He did not bear the burden of expectation well, and in one game, he even ended up benching himself.

But that doesn’t mean he didn’t enjoy his time there—or, more accurately, the money he earned there. The Ravens are playing the Dolphins on Sunday, his first time playing his former team since leaving, and he was understandably asked about what he thought about his time there in hindsight.

“They gave me a lot of money in two years”, was his answer, according to Adam Beasley, Dolphins reporter for the Miami Herald. “I have no regrets”, he said. “I have no grudge, no nothing against those guys. It’s all love on my end. My life is a lot better because of those guys”.

Now, I’m not sure exactly would have said, nor do I think he said anything wrong. He merely spoke the truth, and that’s perfectly fine. But, man, if I were a Dolphins fan, that comment would certainly rub me the wrong way. “Thanks for the cash”. It should be noted, however, that Wallace denied taking himself out of the game, saying that he was benched by the coach.