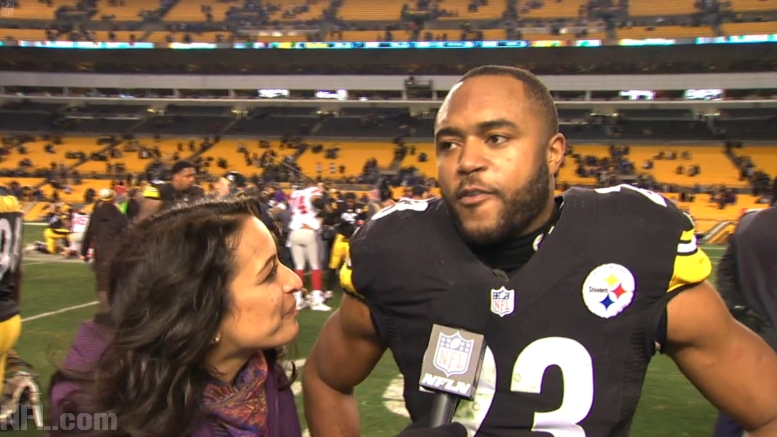 I think it’s safe to say by now that Pittsburgh Steelers free safety Mike Mitchell is a polarizing figure, and that is as true, if not more so, within the Steelers’ fan base as it is on the outside. There is a vocal population that believes he is significantly overrated. Some have suggested that he should be demoted. Others think that he is underrated.

One thing that I think can probably be agreed upon is that he has been playing some of his best football of the year by far over the course of the Steelers’ past three games, during which they have held opponents to a total of 31 points, and have halted four drives within the 10-yard line without giving up any points.

Mitchell has certainly played a part in that, contributing an interception and several pass breakups. He was the defender of record on one incompletion on fourth down from the one-yard line against the Colts on their Thanksgiving Day game. And he recorded multiple passes defensed right in front of Giants wide receiver Odell Beckham, Jr.

After the game, Aditi Kinkhabwala for the NFL Network asked Mitchell about his going up against Beckham and whether or not they were able to frustrate him. “I know how competitive he is”, he said. “We knew that if we were shutting him down early, being physical with him, he would get a little agitated”. He had just one catch for 10 yards in the first half.

“We’re doing more of our job, but we’re not done yet”, Mitchell said about the defense’s recent upturn during their three-game winning streak. “This is a step in the right direction. The last two weeks everyone was talking about us playing bad teams. This was a good football team, (and) we beat them pretty handily”.

“I’m really, really pissed off right now”, he then volunteered, over giving the Giants their second touchdown late in the game after the Steelers took at 24-7 lead. New York used a good kick return and two defensive penalties to score with 22 seconds remaining.

It should be noted that Mitchell was flagged for a defensive pass interference penalty in coverage on Beckham in the end zone from the eight-yard line on the play before the Giants scored, so if anybody had a right to be “really, really pissed” about it, it would be him.

“Defensively, we cannot relax, we have to get better”, he subsequently emphasized. “That’s got to get off of our tape”. He told Kinkhabwala that the Steelers already feel as though they are in their playoffs, and are playing like it. In a sense, they are, because if they lose a game, they risk losing control of their playoff destiny.

She finally asked him if he feels the Steelers defense has turned the corner. An emphatic “no” was his answer, telling her that “we won’t turn the corner until we’re in the Super Bowl. That is the goal. Our goal is to be world-championship-caliber. We’re nowhere near close to that yet, but we took a step in the right direction”.