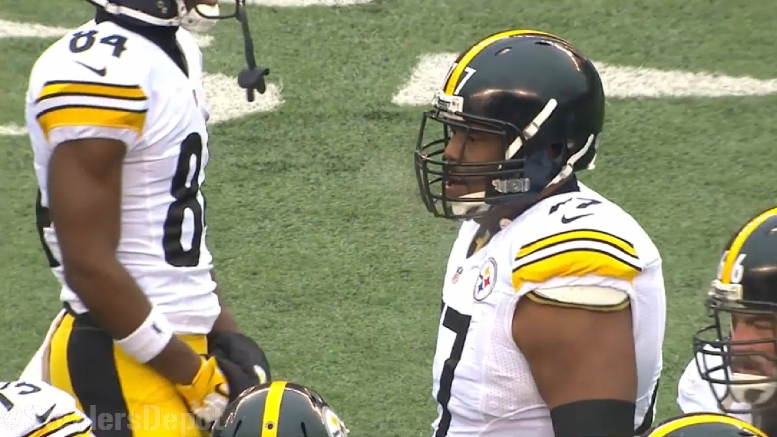 Even if this weren’t a crucial game in which, more likely than not, the season is on the line, there would still be plenty to talk about in advance of the Pittsburgh Steelers’ big rematch against the Baltimore Ravens in two days. The Ravens have won far too many of their matchups recently—in fact, nine of the last 12 games including the postseason going back to 2011—and that has to change.

Honestly, I think it will, and I think that we will all have that much merrier of a Christmas knowing that the Steelers will have not just the division, but a home playoff game locked up by the end of the year. And there are a lot of reasons for that. One of those being the fact that starting right tackle Marcus Gilbert has been playing significantly better over the course of the past five games.

Gilbert, of course, missed the three games prior to the Ravens game after suffering a foot injury that sidelined him through the bye week, and when he returned, he labored through parts of his first two games.

I believe he was beaten pretty handily by Ravens rookie Matt Judon in that game for a sack late in the game, on a third-and-six from the Baltimore 13. That set up a fourth and 18 on which Ben Roethlisberger threw a ball incomplete deep to Sammie Coates. That was the true on which Coates earlier dropped a deep touchdown pass. After the sack and incompletion, the offense turned it over on downs.

That was not the only blemish for Gilbert in that game, as he gave up another pressure or two and struggled to set the perimeter in the run game. He was still working out some of the kinks in his game after the long layoff and coming  back from a foot injury during the Cowboys game as well.

Since then, however, more or less, the sixth-year veteran has been playing at a Pro Bowl level, frankly, some of the best ball of his career. Roethlisberger has hardly been touched since then, and Le’Veon Bell has rushed for over 700 yards in the past five games.

I wrote yesterday that a healthy Ben Roethlisberger is poised to make a big difference for the Steelers on Sunday in their crucial rematch against the Ravens. A healthy Gilbert, I think, is going to make a significant difference as well, especially when taking into consideration how frequently the games between these two teams come down to the trenches. Gilbert and the rest of the offensive line will have to establish a physical presence early in this one.

And they should be up to the task. They have gone up against some strong defensive fronts over the course of the past three weeks and did more than hold their own. The Ravens’ unit may be as formidable as anybody, but in front of their home crowd, with the division on the line, Gilbert and the line will be ready for battle.