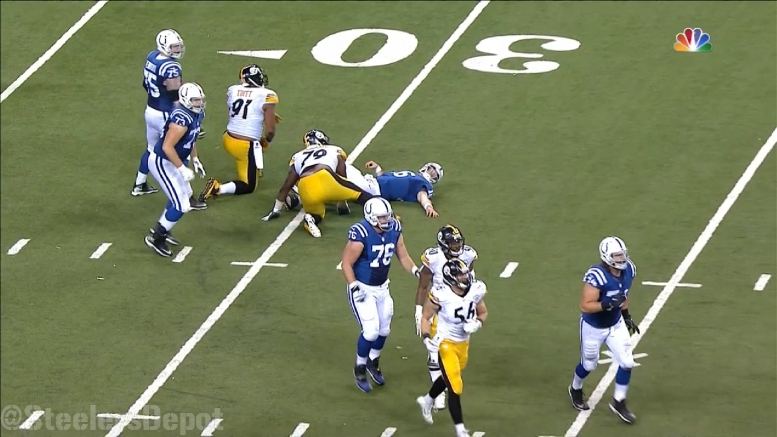 Over the course of the past few games, the Pittsburgh Steelers have seen some very significant, as well as visually obvious, improvement from their trio of rookie starters on the defensive side of the ball. Perhaps most obvious may well have been third-round defensive tackle Javon Hargrave, who recorded two sacks and recovered a fumble for a touchdown over a two-game span.

His production and development suddenly got sidetracked Sunday when he suffered a concussion against the Giants, and that puts his status for the Steelers’ next game very much in jeopardy. The rookie only played 12 snaps before he left the game, representing 20 percent of the team’ defensive snaps.

Concussions, of course, are nothing to toy with, and that is something that I have written about numerous times over the years here. Panthers All-Pro linebacker Luke Kuechly remains in the concussion protocol after suffering a concussion a number of weeks ago.

While I must admit that I’m not completely familiar with the steps in the concussion protocol off the top of my head as it pertains to a player being able to attend team meetings and be involved in the game plan for the coming game, I would imagine that even that would be difficult to process while attempting to pass the tests necessary to resume practice.

Oh, and by the way, the Steelers are getting ready to travel to Buffalo to face the best rushing offense in the league owned by the Bills. While they have just a 6-6 record on the season, if Pittsburgh’s defense caves under their rushing attack, they are going to have a very difficult time coming out of this next game with a victory.

The Bills, in fact, lead the league in rushing by a decent margin. They are averaging 162 rushing yards per game—though, they also rank 32nd in passing yards per game—with the Cowboys being the only other team within 20 yards of Buffalo’s per-game average.

You might be interested to know that that is more than the number of passing touchdowns that 22 NFL teams currently have. The Bills are averaging 25.4 points per game, which ranks eighth in the league. And the Steelers may be facing this run defense without two of their top three defensive linemen. That is not ideal.