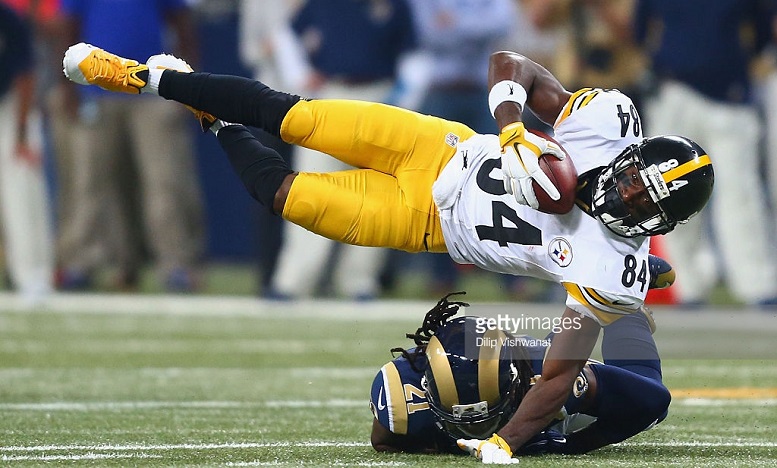 “He’s as top-flight corner, there’s no doubt,” Haley said of Jenkins during his Thursday session with the media. “Another player that they’ve brought in there for a reason and he’s playing like it. He’s physical, he plays a lot of man-to-man and he’s usually matched up on the best receiver. So, that will be a great challenge and a great matchup to watch.”

Heading into Sunday’s game, the Giants defense has only allowed two 100-yard receivers in their first 11 games and Jenkins deserves a lot of credit for that.

While Cleveland Browns wide receiver Terrelle Pryor is one of the two players who has managed to break the century mark against the Giants so far this season, Pro Football Focus charted him as only having one catch for 14 yards in the game last weekend when Jenkins was covering him.

As for Brown, he has managed to register 100 yards receiving in four different games entering Sunday’s contest against the Giants and while his 998 total receiving yards are nearly 200 less than what he registered in the Steelers first 11 games last season, Haley doesn’t consider it a down year for the wide receiver.

“I think it’s been a great year,” Haley said of Brown. “He’s been very steady, consistent, probably as detailed as he’s been from an assignment standpoint I think he’s done everything really very, very well.”

Jenkins said earlier this week that he looks forward to getting another chance to cover Brown on Sunday.

“He’s one of the best, he’s up there,” Jenkins said of Brown, according to Tom Rock of Newsday. “Many say he’s the best. But we’ll play football and just have fun.”

Last season, Jenkins covered Brown quite a bit in the Steelers week 3 game against the Rams. According to our charting, Brown caught 7 passes for 63 yards when he was covered by Jenkins.

Jenkins, who entered the league in 2012 as a second-round draft pick with the St. Louis Rams, signed a five year, $62.5 million contract with the Giants this past march. So far this season he has registered 15 defensed passes and two interceptions.