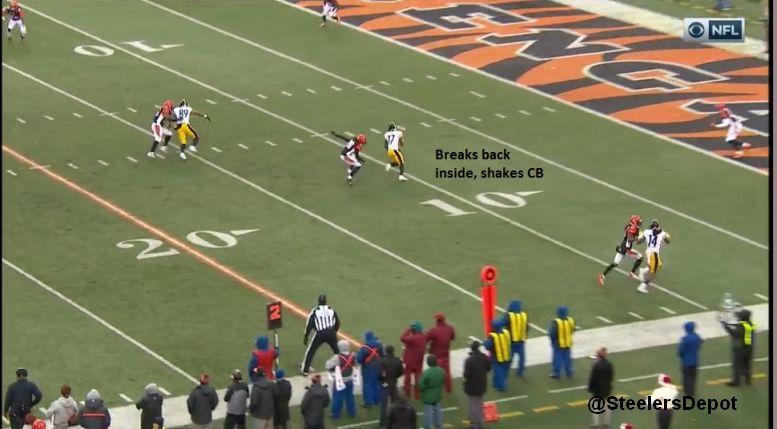 Eli Rogers is no Antonio Brown. That much is obvious. But for a moment Sunday, the two looked awfully similar.

Being a smaller receiver in a land of the giants – Julio Jones, A.J. Green, Dez Bryant – means you have to be a little more creative to win. There are no innate advantages. You’re as big as the guy covering you or sometimes, even smaller. You have to get open and create separation.

That’s what Brown does better than anyone else in the league. He’s the NFL’s best route runner and to me, there’s zero debate about it. And I don’t know if this is a specific technique Rogers has always had or Brown introduced it, but the two looked the same on a pair of touchdowns.

Brown’s touchdown of the day was unfortunately negated by a Le’Veon Bell chop block. But that’s where we’ll start. Second quarter with Brown lined up to the outside of a 3×1 formation. He’s running a skinny post route into the end zone but because of the red zone’s condensed space, has to create more room. Can’t just make it obvious because the CB is going to squeeze it without having to worry about getting beat deep. Ball can’t float, it’s gotta be on a rope.

Working on #27 Dre Kirkpatrick, Brown sells the post with a nod to the outside. But it isn’t just a head fake. He’s using his whole body to sell it. His eyes, his shoulder, his hips, his feet. It’s only for a moment but it forces Kirkpatrick to respect the corner route threat and maintain outside leverage. 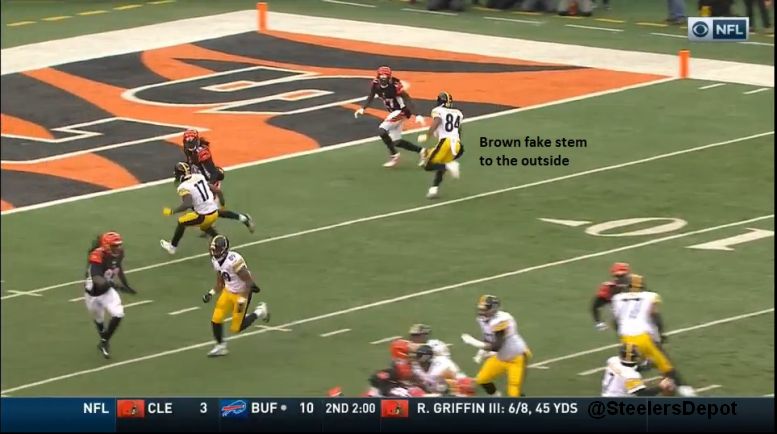 Brown stems back inside while, and this is key, maintaining his speed. Everything his fluid. It lets him create maximum separation at the top of his route and gives Kirkpatrick no shot to react. It’s in sync with the throw too. You can see the ball entering the frame as Brown stems away. 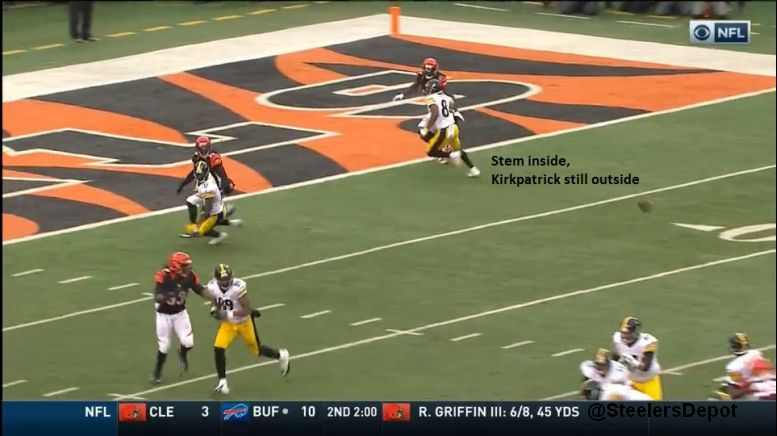 So by the time he makes his final cut, the ball is right there. When we talk about having “chemistry” with a receiver, this is something we can point to. The pass and the route working in tandem. No wasted time. Route breaks, the ball is there. 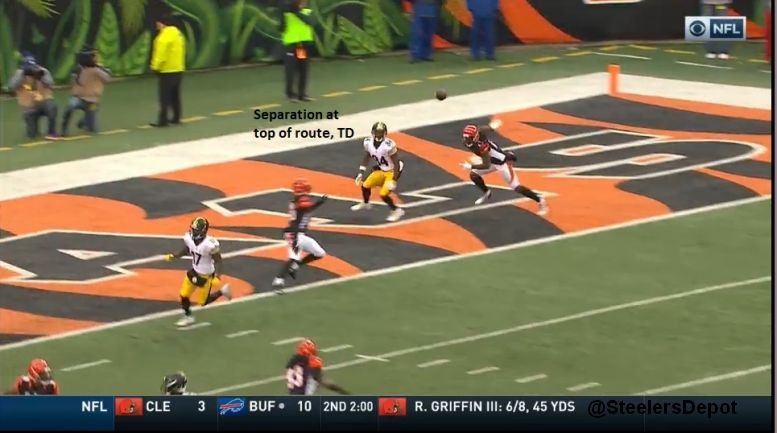 And your look at the whole play.

To Rogers’ touchdown, the one that counted. He’s working out of the slot, his usual spot, against split safeties. Middle of the field (MOF) is open and there is a little more room. But it’s the same idea and the Bengals are in man coverage, playing 2 Man with corner Josh Shaw on Rogers.

Rogers begins with an outside release with Shaw playing trail technique, working to the hip pocket of the receiver. He shakes him the same way Brown does. An outside nod, putting his whole body into it, like he’s stemming to the corner of the field. 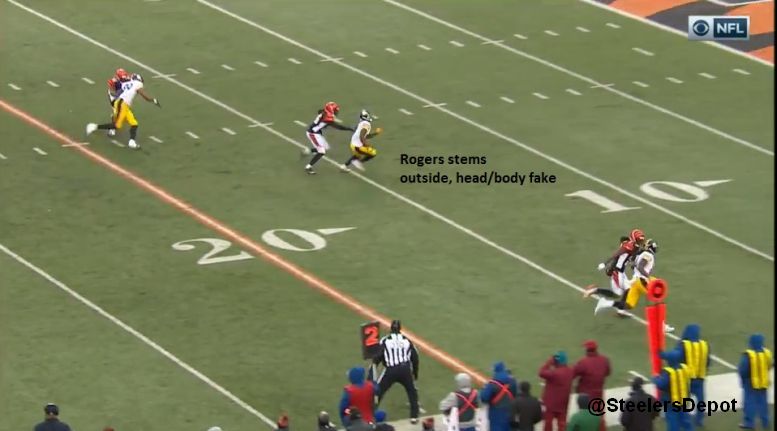 Rogers stems back inside down the seam. The corner bites and is now out of phase, narrowing his base and trying to recover to react to the route.

It’s hard to tell from the angle but the nod might also help hold the safety on the numbers to ensure he can’t close on the ball in the middle of the field. 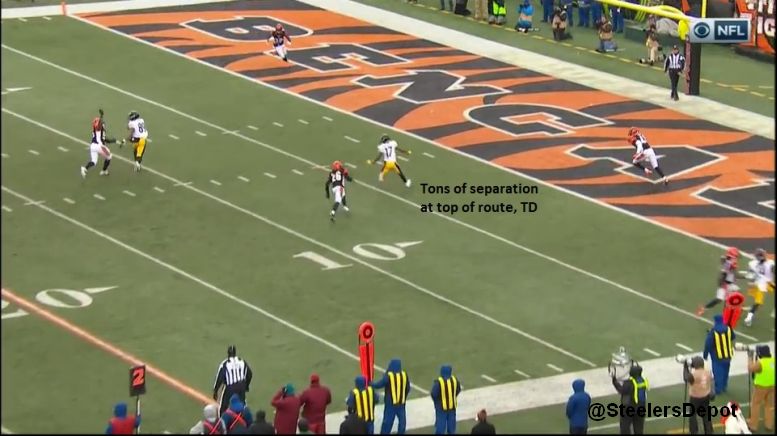 Again, you see all the separation come at the top of the route. He’s creating ways to get himself open just like Brown did. And the results are the same.

Brown and Rogers seem to have a pretty close relationship with the veteran taking the young buck under his wing for the past two years. Rogers has always been a craft slot guy, even in his Louisville days, but Brown is probably teaching Rogers new tricks or refining the ones he had.

He, and by extension the Steelers, are in a much better place because of it.