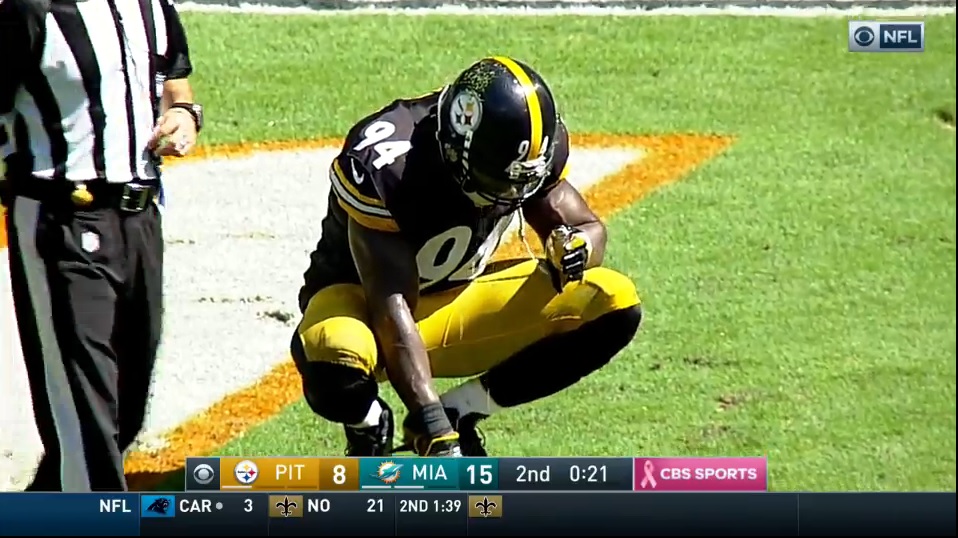 While it may be true that the New York Giants do not boast the most formidable offense in the league this season, in part because they are awfully one-dimensional, without much of a running game, one thing that the Pittsburgh Steelers defense is going to have to be prepared for is seeing a lot of no-huddle being used against them, which will make it difficult for them to substitute players in and out.

If you actually take a look at a couple of the Giants’ games and in their play-by-plays provided by the league, who will see that they virtually constantly rely upon the no-huddle in their offense, rarely executing drives in which they bother to huddle on a regular basis.

In complement to that is the fact that they almost always utilize three wide receivers on the field, with rare exceptions in specialize situations, such as short-yardage and at the goal line—that is, when they actually feel that they would be wise to run the ball, which is, as mentioned, something that they have not been able to do with great effectiveness by any means this year.

The virtually constant use of the no-huddle will be a challenge for the Steelers’ defense, though not one that they will be unable to overcome. And perhaps the best defense against that is an efficient offense that controls the clock and limits the amount of time that the defense has to see the field.

But while they are on the field, it will place an added burden on a Steelers defense that is  going to be stuck in their nickel defense to a greater extent that even they would care for. This will place a major load upon the shoulders of rookie cornerback Artie Burns out on the perimeter, who will not so easily have the benefit of his teammates to keep him on the same page.

With a defensive line that is already conspicuously thin without Cameron Heyward, the remaining linemen are going to be especially tasked, when they will even be able to get off the field. Javon Hargrave is already adjusting to the snap count that he is being asked to play. Being unable to get a breather between plays will not make things easier.

Of course, the Steelers as a regular fixture have also been rotating their outside linebackers for the past two seasons now. While they have been more consistently rotating them on a drive by drive basis this year, they still like to get a fatigued player off the field, and that will inevitably be a problem against an offense trying to prevent a defense from substituting.

The Steelers ought to make sure that their athletes are highly-conditioned for this one, because they may find that their conditioning is pushed to the limits.