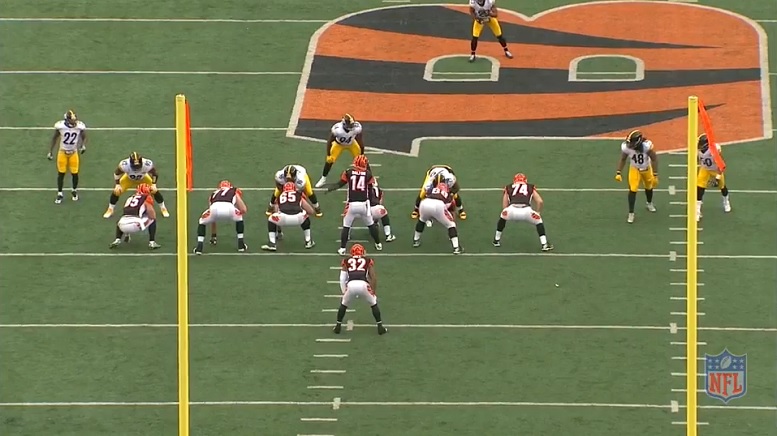 Heading into last Sunday’s game against the Cincinnati Bengals, Pittsburgh Steelers defensive coordinator Keith Butler had one major goal for his unit and he talked about it this week during his sit-down with Missi Mathews of steelers.com.

“I think they calmed down a little bit, but I think more than anything else, we stopped the run,” said Butler. “We stopped them from running the football. We tightened the front up just a little bit. We changed a little bit in terms of how wide we were in terms of our alignment to try to make sure that they didn’t have a lot of holes to run in to put them in passing situations. We did, and we got out. And if you want to know really the biggest difference is our offense held the ball.”

Butler made it clear to Matthews what the negative things were on Sunday that he didn’t like and it’s easy to guess what they were.

“Penalties were probably the biggest problem that we had,” said Butler. “We had a couple, one on Artie [Burns] was a pass interference. He kind of lost his receiver, he tried to catch him, he didn’t look back for the ball as a consequence it was interference. The first third down, we had a chance to get the quarterback and [Stephon] Tuitt gets his facemask and it’s a legitimate call and twisted his knee and ankle at the same time. So, it wasn’t a good play for us.

“And a couple of those, those two penalties right there, were part of the points that they got so we’ve got to make sure that we keep from penalizing ourselves. It’s hard enough to play in the NFL without penalizing yourself.”

Butler has of course now turned his attention to the upcoming Christmas night game against the Baltimore Ravens and he’s looking forward to the AFC North matchup.

Here’s to the Steelers defense jumping up a little bit more Christmas night at Heinz Field and not getting left behind by the Ravens offense.