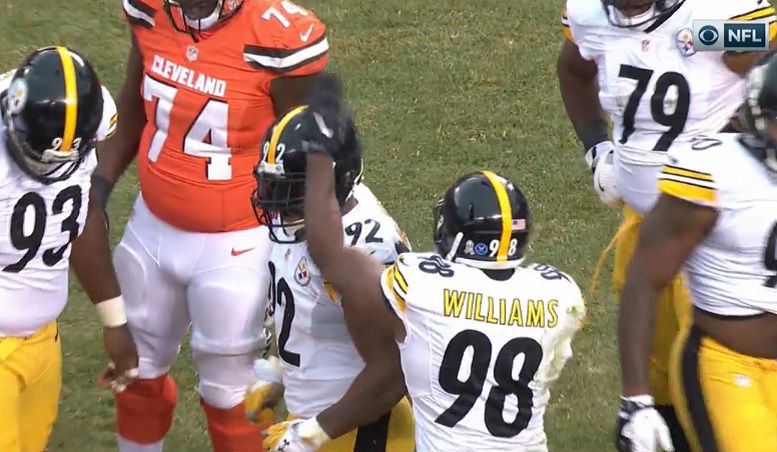 For the first time all season, the Cleveland Browns could make the case that they don’t desperately want to win this game. After all, they are coming off just their first win of the season following 14 consecutive losses to begin the year. As a matter of fact, winning might do them more harm than good, when it comes to the draft. If they win and the 49ers lose, San Francisco would get the top draft pick.

That is not what Browns coach Hue Jackson has in mind tomorrow for what many may be sardonically viewing as potentially his last game in that role, given how frequently Cleveland has turned over the position over the course of the past decade or so.

He was asked by a member of the media recently if the thought of the first-overall pick in the 2017 NFL Draft had weighed on his mind while planning for the Browns’ season finale against the Pittsburgh Steelers at Heinz Field—naturally, not a very smart question to ask—and he gave what should be the predictable response: “it doesn’t. It can’t”.

“Our players work too hard in the locker room and they put it on the line”, he said. “We have to put it on the line. That’s what sports is all about. I said before, whether it’s the first pick, second pick, or third pick, they’re all going to be good players there”.

Understanding that many football fans often turn their focus to the draft well before a season is over—something that is much more common among teams with losing records—Jackson said that he would “assure everybody” that “we’ll get good players on this team” through the draft, but that “what I think is most important is finishing the season the right way for these guys”.

Even though the Steelers intend to rest several of their key starters, they are still favored to beat the Browns by nearly six points. Of course, Pittsburgh has nine more wins than the Browns do entering the final game of the season, and are playing at home.

It would probably not be too surprising to learn that the players were even less concerned about the value of their upcoming first-round draft pick than was the head coach. “I would hope that you don’t sacrifice a win over a pick”, Terrelle Pryor said, for example.

“Geez, this thing’s about winning”, he continued. “I would hope that isn’t our thing, because I’m playing this game for the wrong reasons. Definitely. I don’t care what the record is, I play this game to win. That’d be sickening and sad if we were playing for [draft position], for me to put my body out there to lose”.

For a team that has only won a single game, it is hard to imagine them passing up the opportunity to try to win a second, draft seedings be damned. I would anticipate that the Browns will give the Steelers their best shot—but odds are that will still fall short even against Pittsburgh’s backups, playing at home.