Though it’s been considered a down year for the the AFC North, the two non-Pittsburgh teams put on clinics. The Baltimore Ravens beat up on the Miami Dolphins, winning 38-6 while the Cincinnati Bengals had little issue with the Philadelphia Eagles, defeating them 32-14.

The Ravens scored on their opening drive, a three yard touchdown pass to Terrance West, and never looked back. Dennis Pitta found the end zone twice after being held scoreless the entire season.

Baltimore relied on their passing attack and opted against the run. Joe Flacco threw the ball 47 times for four touchdowns in arguably the best game of the season.

Justin Tucker added the other points, a classic 55 yarder before the half to extend the Baltimore lead to 24-0.

Miami’s offense slogged through the game, struggling to find a consistent run game while Ryan Tannehill checked down most of his throws. Jarvis Landry absorbed most of his targets, hauling in 11 passes for 87 yards.

With the win, the Ravens move to 7-5 on the season while the Dolphins drop to the same record. They will travel to New England next Monday night for a marquee matchup.

The Bengals, despite having a terrible season, got to play spoiler to the Philadelphia Eagles today, all but officially knocking them out of playoff contention, with a 32-14 win.

Like Baltimore, the Bengals were in complete control throughout, building a 19-0 lead by halftime. The run game wasn’t great bu Andy Dalton was effective and efficient, throwing for 332 yards on just 23 completions and tossing two touchdowns. One touchdown went to Brandon LaFell, the other to Tyler Eifert.

The Eagles’ run game got nothing going, putting the game in the hands of rookie Carson Wentz, who struggled. Working without many weapons, #1 receiver Jordan Matthews missed the game with an ankle injury, he completed barely more than half his passes and was intercepted twice. Vontaze Burfict and Shawn Williams did the honors.

Cincinnati moves to 4-7-1 on the year with a date at Cleveland next Sunday. The Browns broke their losing streak, staying at home on the bye week, and giving their fans a short reprieve on their march to a winless season. 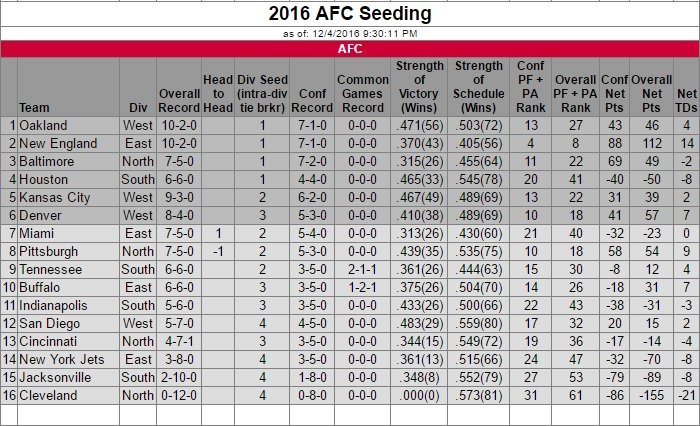