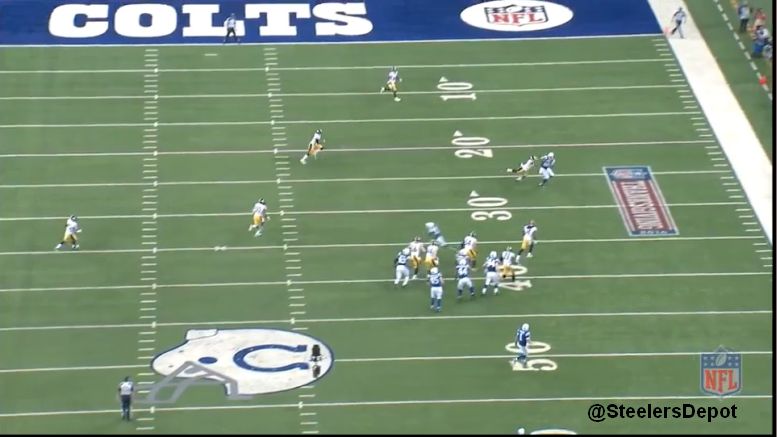 At least formationally, the Pittsburgh Steelers were in position to defend Pat McAfee’s fake punt Thursday night. Real quick look at it.

The Steelers are pretty clearly in a “safe” look with Jordan Dangerfield and Justin Gilbert pulled off the line of scrimmage, an alignment that rarely use. 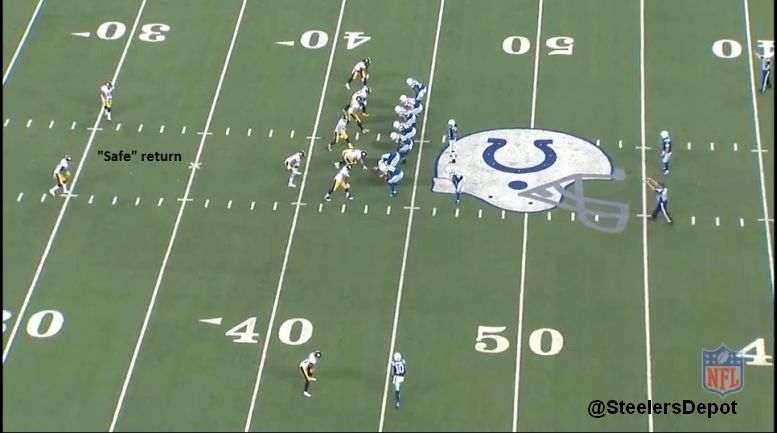 And on the snap, the Steelers don’t rush but look to hold up the Colts’ line while Ryan Shazier and Roosevelt Nix staying at home and keying in the players releasing out. 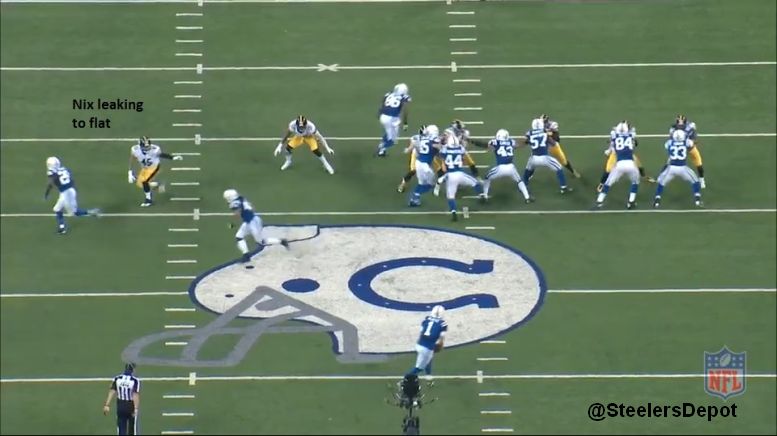 Jordan Dangerfield just seems a little late rallying to Erik Swoope, the player who makes the catch, and comes *this* close to breaking the pass up. A lot closer than what some people might think and if he does, it’s a great play and playcall by Danny Smith.

Alas, it doesn’t happen, the Colts, convert, and find the end zone a couple plays later. It is, inarguably, a negative for Smith. The play happened, Dangerfield didn’t break the pass up, and the conversion occurred under Smith’s watch. But it isn’t the special teams meltdown that it felt like at the time. The Steelers were prepared. The execution was just lacking.