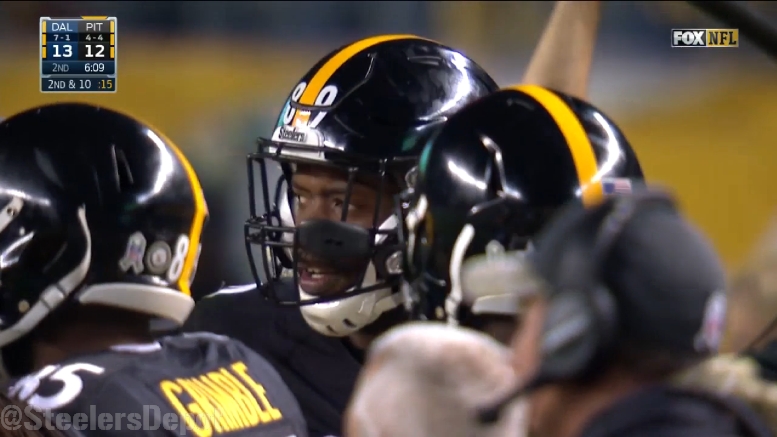 A year and a half ago, former undrafted free agent tight end Xavier Grimble was not even on the radar of Pittsburgh Steelers fans. Considering that he was not on the team, and was not really even rightly considered a notable player, that would be pretty understandable.

Fast forward a few months and Grimble is signed to the practice squad. He spends the entire season there and even gets some good press from the coaching staff and from teammates based on what he was able to show them in practice during the season, which is not exactly a period designed for evaluating future talent.

Moving further along, we get to the spring and we find that Heath Miller is retiring. Ladarius Green is brought in to replace him, but he is not healthy. Neither is Matt Spaeth, and he has to be released. The team doesn’t even use a draft pick on a tight end. Most of the class goes to the defensive side of the ball.

There is Grimble’s opportunity, and he makes it. He makes the 53-man roster. He contributes relatively consistently in games, even early on, getting a handful of snaps per game. His playing time increases. He even begins to see snaps as the long tight end on the field. In the no-huddle while trailing, he actually sees a ton of playing time.

Then Green gets activated. And Grimble is suddenly injured. Surely it’s a coincidence, but his injury has almost perfectly coincided with Green’s activation, who is the player on the roster who most closely and most clearly emulates and expands upon the skill set that he brings to the table.

Grimble is evidently still working his way back from injury, but I can’t help but wonder if he no longer has a role on the offense with Green now up and running. Many believed that he would be released in order to make room for Green on the roster, though injuries elsewhere made that a moot point, as a few starters and key backups have wound up on injured reserve.

So his roster spot is probably secure. But is he even going to see the field again? Is he going to get a helmet? This is something that I had been contemplating in the weeks building up to Green’s return because of the overlap that he presents in his game.

The Steelers used Grimble in situations in which they wanted to use Green, almost as a poor man’s version of their $20 million tight end. But now that they have the real thing, the duplication is less valuable, and Jesse James’, even David Johnson’s, skill set is more complementary.

I’m not sure if Grimble’s period of usefulness has already come and gone, but I do think that, for the most part, he filled his role admirably. He showed better than many expected as a blocker, and he caught 10 balls for 98 yards and a touchdown as a receiver.