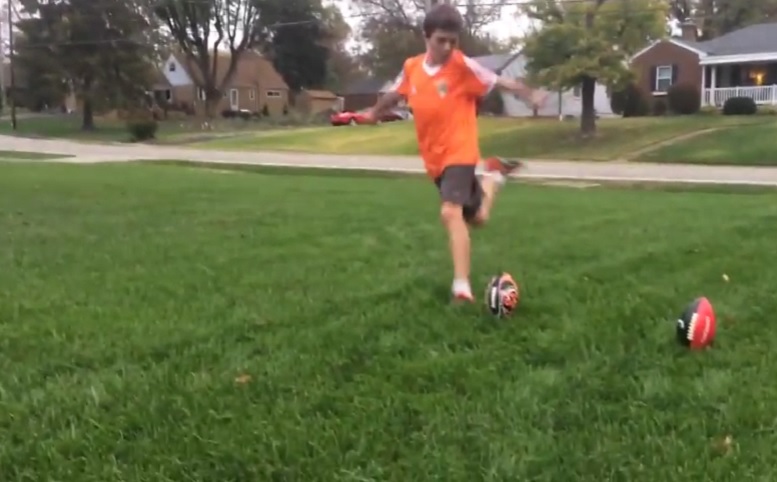 During Sunday’s loss to the Baltimore Ravens, Pittsburgh Steelers kicker Chris Boswell attempted a Rabona onsides kick and he failed miserably at it. Since then, the replay of Boswell’s botched trick-shot kick has gotten quite a bit of media attention and even young fans of other NFL teams have taken notice.

On Tuesday, a video of a 12-year-old Cincinnati Bengals fan showing Boswell how to successfully Rabona kick surfaced on YouTube.

“I’m a Bengals fan, so I actually know how to that,” the kid says after two Rabona kicks.

I wonder if this kid knows how to not take stupid penalties in playoffs games. Additionally, the Bengals might want to hire this kid to work with their kicker Mike Nugent being as he’s missed five field goal attempts so far this season in addition to an extra-point try.

Someone should teach this kid not to throw rocks or try Rabona kicks when you live in a glass house.