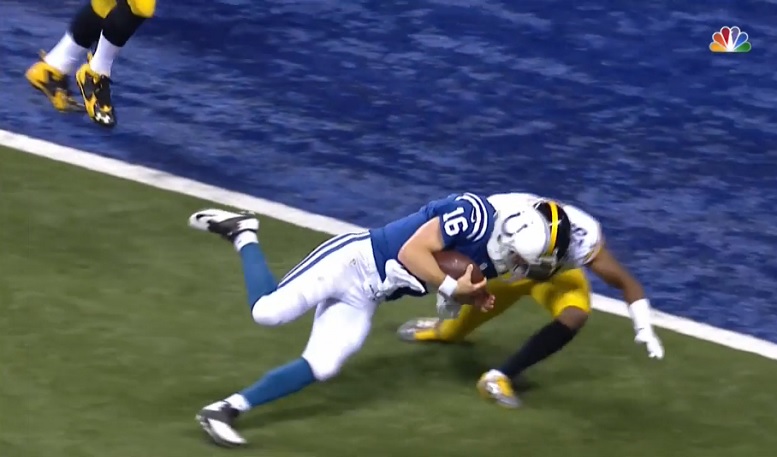 Not only are the Pittsburgh Steelers top-three draft picks from this year playing a lot right now, they’re also starting to contribute significantly in positive ways when on the field.

In the Steelers Thursday night win over the Indianapolis Colts, cornerback Artie Burns, safety Sean Davis and defensive tackle Javon Hargrave each had five combined tackles and roughly have of those resulted in failed plays by the Colts offense.

After the game was over, Steelers head coach Mike Tomlin spoke about what he’s seeing right now out his three defensive draft picks.

“Forget what they’ve done, I’m excited about what they’re going to do, or what they’re capable of doing moving forward because they work hard every day,” Tomlin said. “They’re getting better, they’re adding detail to their game every week. I think the first thing is that all three are likable young guys. They endear themselves to older players, the older players want to help them and that helps them help us. So, they’re humble, hard-working and that helps them to get help from veteran players. It just needs to continue.”

Davis, who was the Steelers only defensive player to play every snap Thursday night against the Colts, made a touchdown-saving tackle in the game on Indianapolis quarterback Scott Tolzien late in the first half. Tomlin was sure to point that play out after the game

“One instance, Sean Davis – the quarterback was scrambling – he made the definitive decision to come out of coverage and make a tackle,” Tomlin said.

That tackle by Davis on Tolzien came on a 3rd and goal play and the Steelers defense ultimately stood strong on the ensuing 4th and goal play. Lost in that red zone stand was Davis stuffing Colts running back Frank Gore on 1st and goal from the Pittsburgh 2-yard-line.

The Steelers now have five regular season games left and so that’s a lot of time for the team’s three defensive rookie draft picks to develop even more and hopefully that process occurs along with much-needed victories.