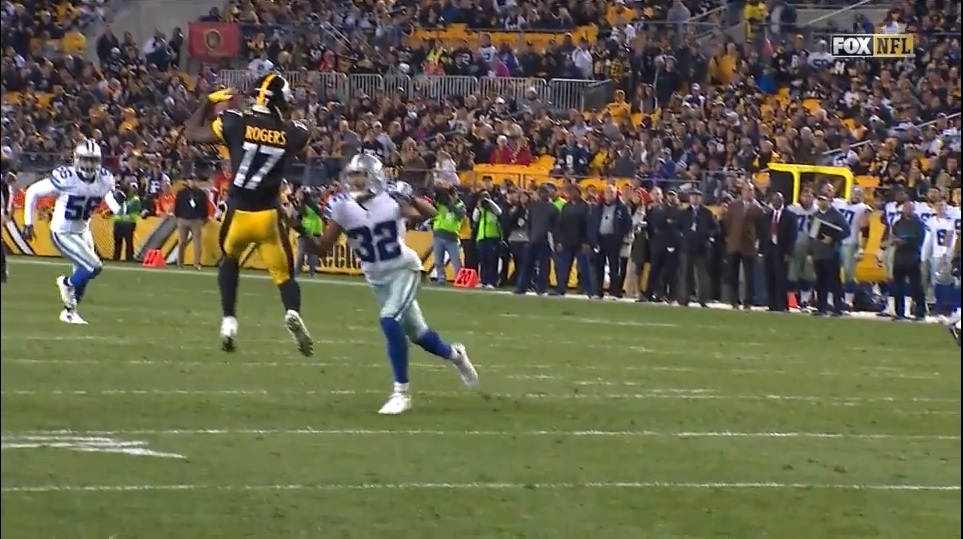 And yes, I am stealing “laments” from Matthew Marczi, a man who is much smarter than I.

Technically, the Pittsburgh Steelers’ matched their weekly goal. They scored 30 points for the first time in a month. But looking beyond those basic expectations, Todd Haley knows it could’ve been a lot better.

Sitting down with Bob Labriola on SNR’s weekly Coordinator’s Corner, Haley talked about the missed chances the Steelers had.

“We didn’t do enough,” Haley said. “We knew going in they had an offense that was quite capable of scoring a bunch of points. We missed opportunities. We got stopped in the tight red down there with a first down and ended up settling for three. End of the half, we had a first and ten across the 50, got no points. The final drive of the half we had a chance to catch the ball down the middle, Eli Rogers, if we hold onto is probably guaranteed points.”

As Haley mentions, the Steelers had the ball late in the first half twice and moved the ball on each but failed to come away with any points.

And then, of course, there are the missed opportunities that everyone has been talking about: the failed two-point plays. Haley also pointed to those as game-changers.

“The obvious, we are 0-4 on two-point play attempts. In our standard is at the worst, we gotta get 50% of those. You start adding up those points, that’s four points, that’s three points on the field goal, we had opportunities to score 10-14 more points and we didn’t do that.”

We’ve covered that exhaustively throughout the week, from many in the comments bashing Mike Tomlin, to Matthew defending the idea this morning.

The best elixir to get this offense firing on every cylinder again comes this Sunday against the Cleveland Browns. They’ve allowed at least 28 points in their past eight games and at least 25 in every single contest this season. They’re 31st in points allowed, over 30 per game, tied for last in yards per attempt, and 27th in yards per carry.

The fact it’s an AFC North matchup on their turf in some less-than-ideal weather conditions throws a little bit of that out the window, these games can be unpredictable, but the Browns are the best medicine to a four game losing streak.