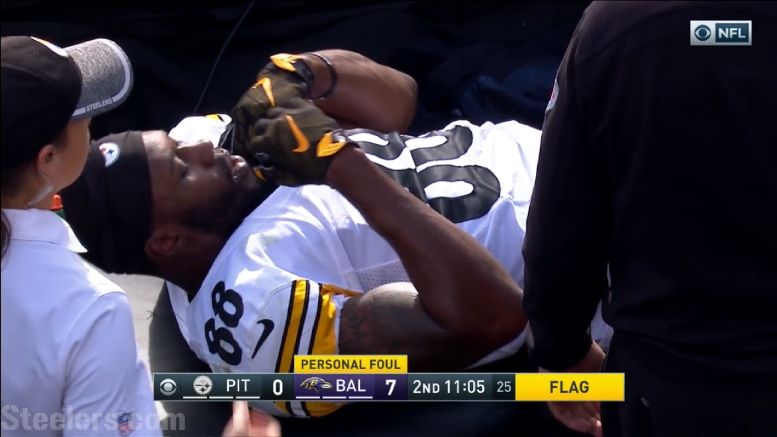 During his Tuesday press conference, Pittsburgh Steelers head coach Mike Tomlin indicated that he wasn’t quite ready to rule out injured wide receiver Darrius Heyward-Bey for Sunday’s home game against the Dallas Cowboys. With that said, it’s starting to look like Heyward-Bey will indeed miss the game against the Cowboys with a right foot sprain.

According to Jacob Klinger of Pennlive.com, Heyward-Bey is still on crutches as of Wednesday morning and is still wearing a boot on his injured right foot.

The fact that the Steelers signed wide receiver Marcus Tucker to their practice squad on Tuesday is as good of indication as any that Heyward-Bey won’t be able to practice this week.

With Heyward-Bey unlikely to play against the Cowboys, it will likely result in wide receiver Markus Wheaton dressing for the first time since Week 5. Wheaton, who has battled a shoulder injury for most of the regular season, has registered all of 4 receptions for 51 yards and a touchdown in the three games he’s played in this season.