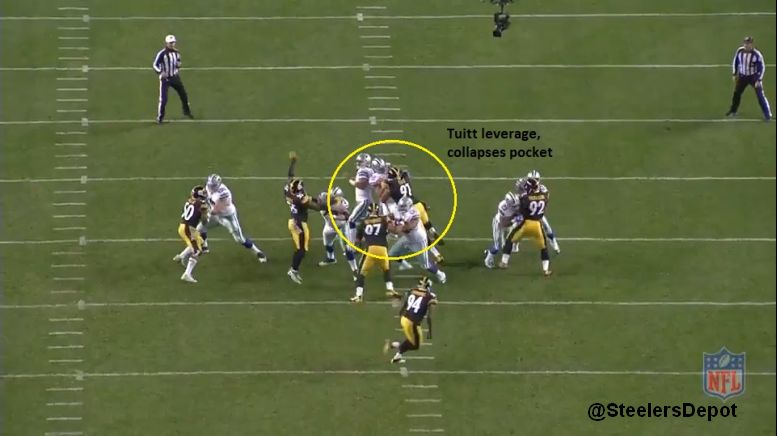 Game notes from the Pittsburgh Steelers’ 35-30 loss to the Dallas Cowboys. 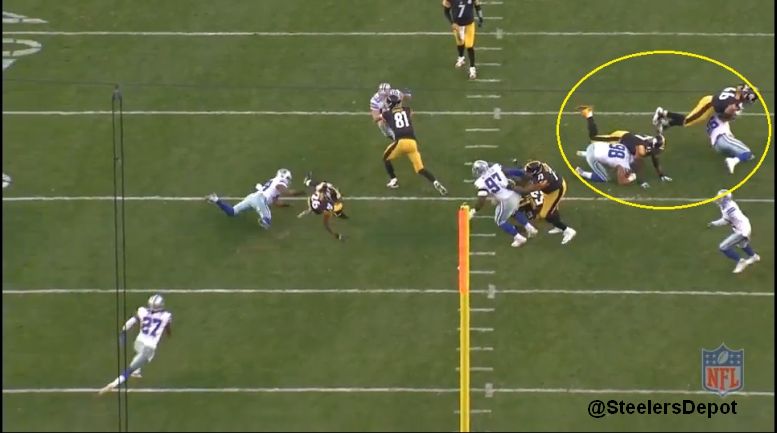 – Sean Davis has got to hold the edge here. Can’t let Ezekiel Elliott bounce it to the outside and gain the perimeter. 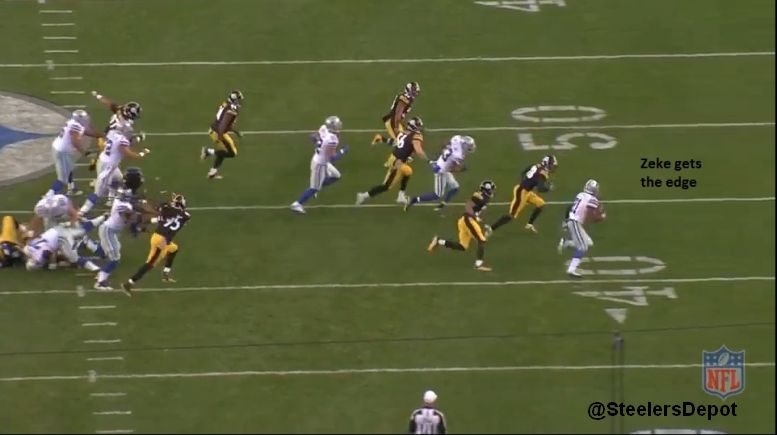 – Great play and tackle by Jarvis Jones on a sorta rough day. Force the give on the read option and still made the tackle. 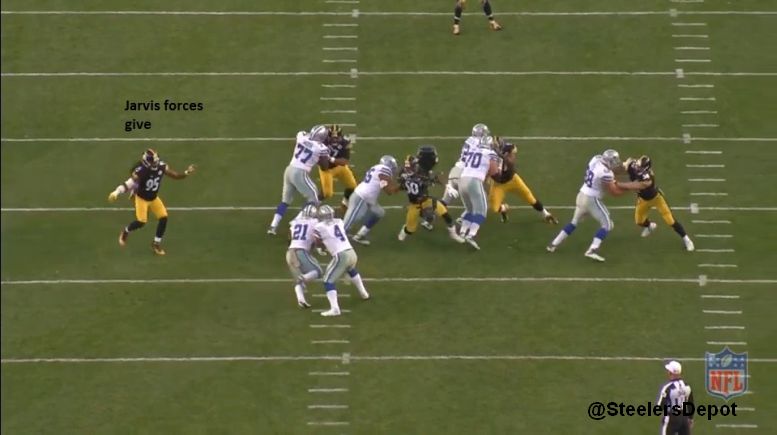 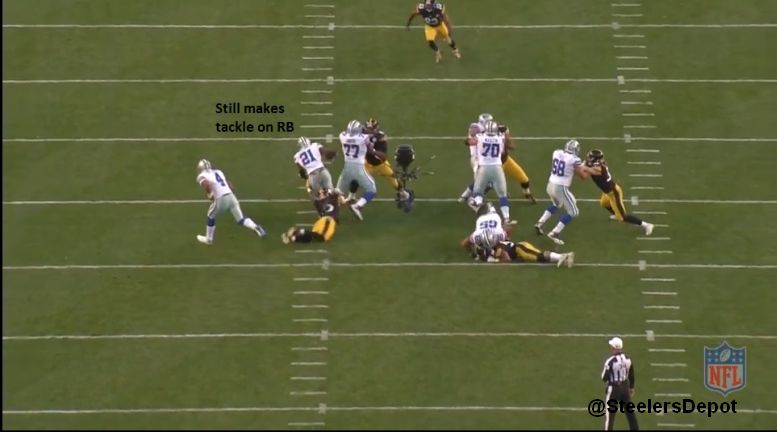 – On kick coverage, once Steven Johnson went down, Nix slid into his spot and Coates was inserted in Nix’s place.

Johnson, by the way, got injured at the very end of a Steelers’ touchback when two players shoved a Cowboy into his ankle. Awful way to go.

– Punt team on the line: Vince Williams-Arthur Moats–Greg Warren-Tyler Matakevich-Anthony Chickillo. Robert Golden your upback with Roosevelt Nix and Sean Davis the wings. Shabazz and Cobi Hamitlon were the gunners.

– Leverage and strength by Stephon Tuitt to push back Travis Frederick. No easy task.

– Again, Todd Haley’s routes too independent on 3rd and long. Don’t like it. 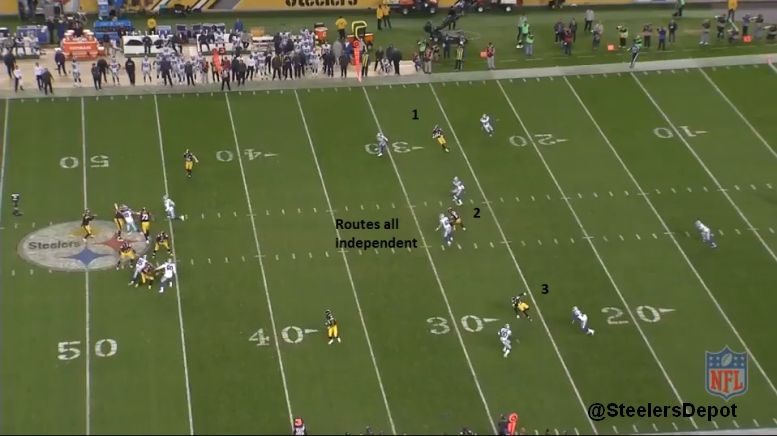 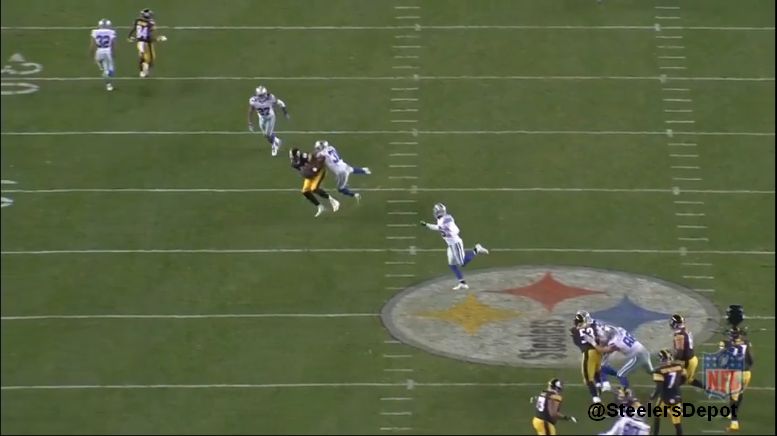 – Kudos to Cobi Hamilton for going up and making a contested catch. Only grab of the day but it was a big one. 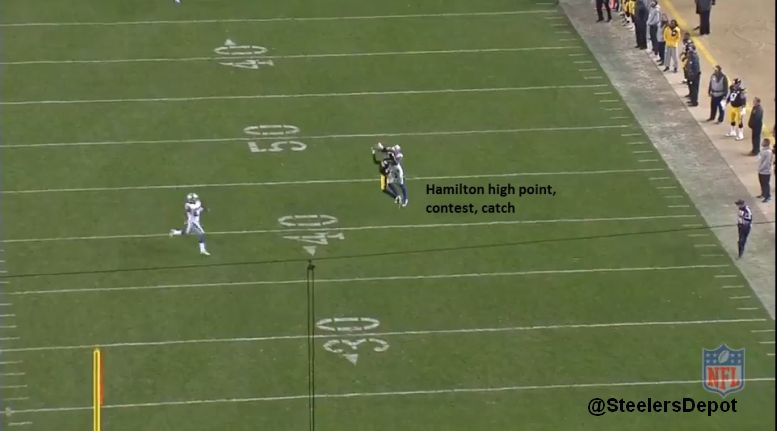 – Solid open field tackle by Lawrence Timmons. He’s having a nice season. I’m not someone trying to dig his grave as a guy who can’t hack it anymore.

– James Harrison can rip/dip past anyone, including Tyron Smith. 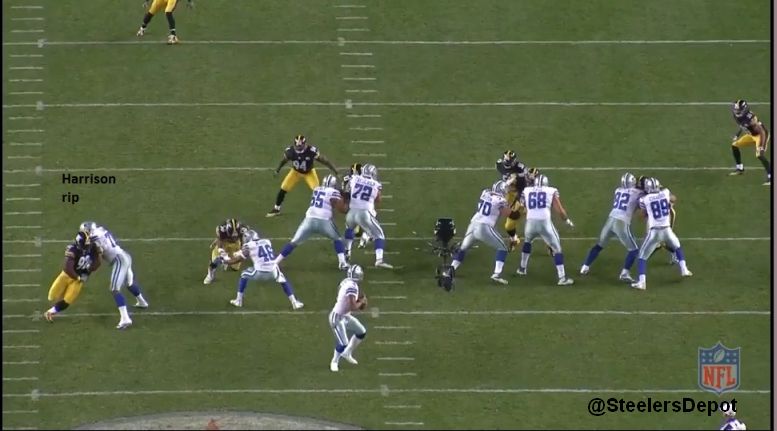 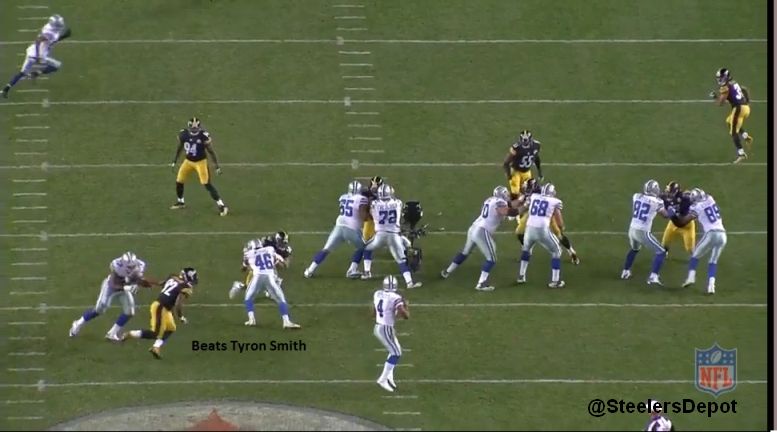 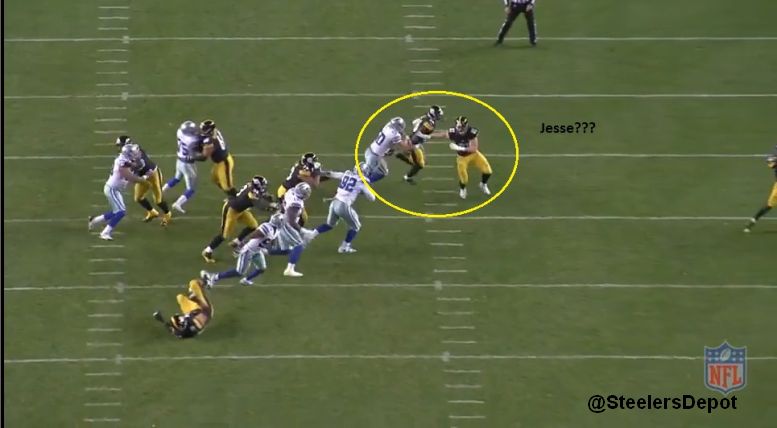 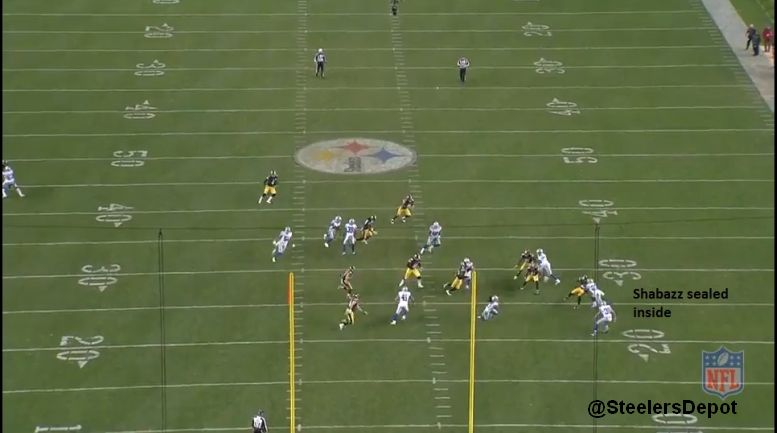 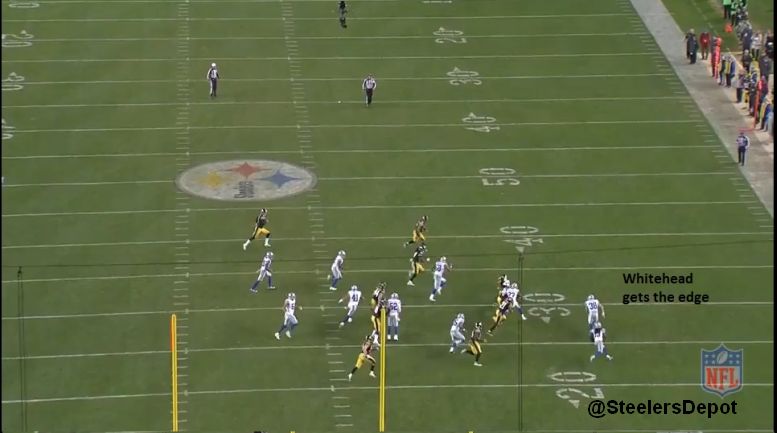 – Nix with the key lead block on Le’Veon Bell’s touchdown. 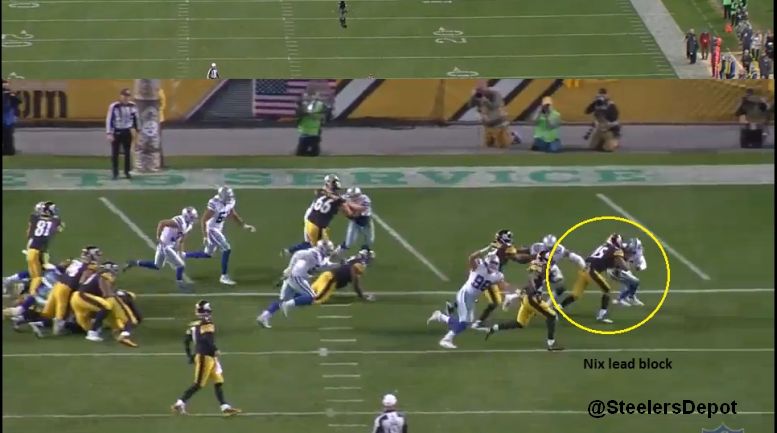 – Shazier caught up in the wash, didn’t see Elliott leak out, and was late to get him in the flats. 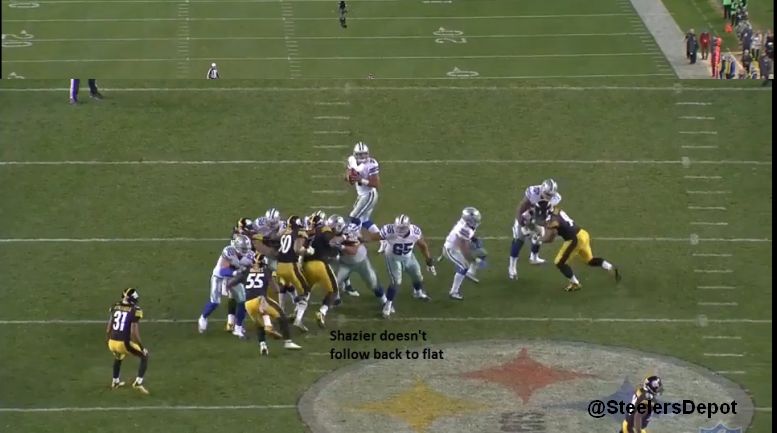 – Dallas bit so hard on this fake WR screen the play before Ben and Antonio Brown’s touchdown. James and Eli Rogers wide open. If this goes to Rogers, it’s probably six. 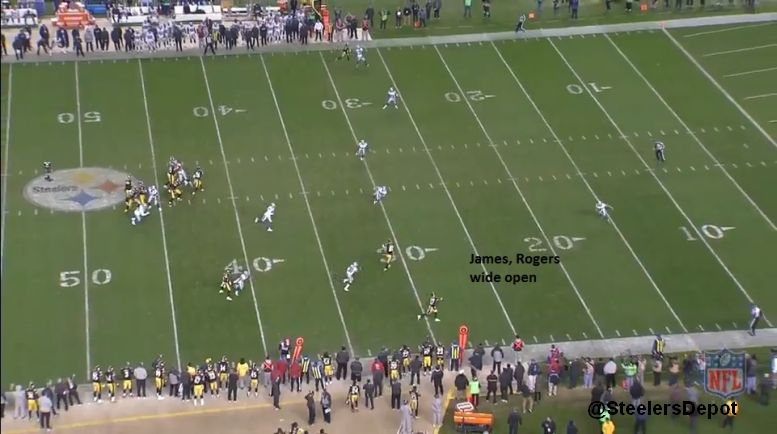