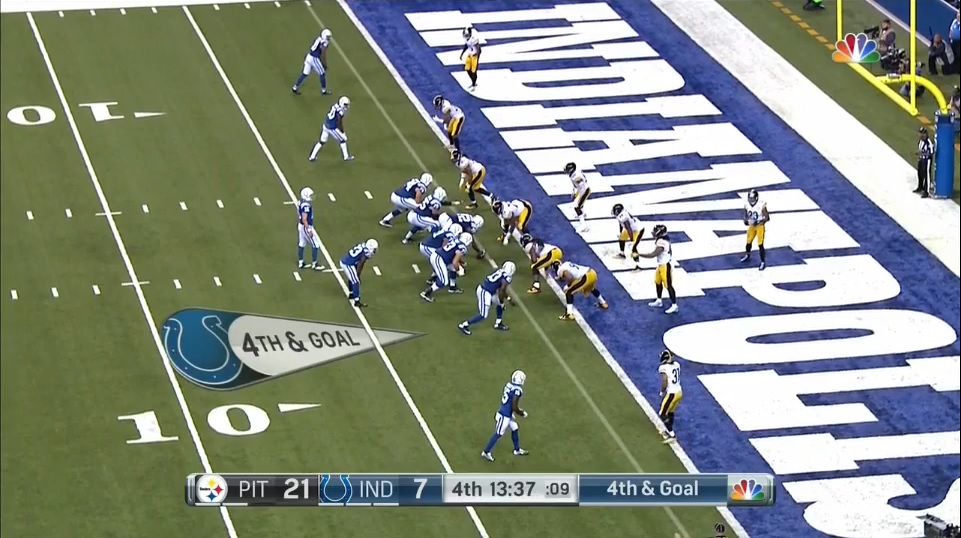 The Pittsburgh Steelers’ defense has rightfully been criticized all season long. Not enough pressure. Too many chunk plays. Young players making the sort of mistakes that break TVs across the tri-state region.

But the one constant, in wins or losses, is their red zone defense. Those strong marks continued in Thursday’s win over the Indianapolis Colts.

Per teamrankings.com, my go-to site for these things, puts the Steelers as the #1 red zone defense in the league. They sat atop the leaderboard before the Colts’ game and only improved on that after.

As of today, opponents have found the end zone on 41.7% of their red zone trips. That even bests the top-six performance they had last year at 49%. The Colts went just 1-3 in the red zone with two stops coming on the goal line. They were critical, game-changing stops. One before the half to preserve a 14 point lead and another to kick off the fourth quarter, also keeping things at a margin of 14.

I think most of us recognize it but there’s a larger reason for this constant success. Not just the what but the why and the how. And it reflects on coaching. It’s a point of emphasis Mike Tomlin has made and though that doesn’t absolve him of his faults, is an aspect he isn’t credited nearly enough with. It is difficult for us, outside of the house, trying to peer in the windows, to see the effect coaching can have, positive or negative.

But this is one clear result. The Steelers start every training camp practice with their seven shots series, commit to it throughout practice during the regular season, and they’re seeing a significant return on that major investment.

The jump they’ve made statistically is remarkable. Here’s where the Steelers’ red zone defense has finished in the last three years.

I don’t need to say more. And for a defense that hasn’t had an abundance of talent over that timeframe, being able to lock things down in the red area is critical.

Though not the focus point here, the offense has benefited too. They’ve steadily moved up the rankings. In 2014, the red zone offense was 19th. In 2015, they were 13th. This year, they’ve marched to eighth place with about a percentage point separating them from the top five.

Here’s the bottom line. For this team to win, the defense doesn’t have to be dominant. They can’t, they won’t. That’s not who they are, not now at least. By its roster construction, that’s the offense’s job. But the defense needed to be really good at something. That’s what they have in their red zone defense.