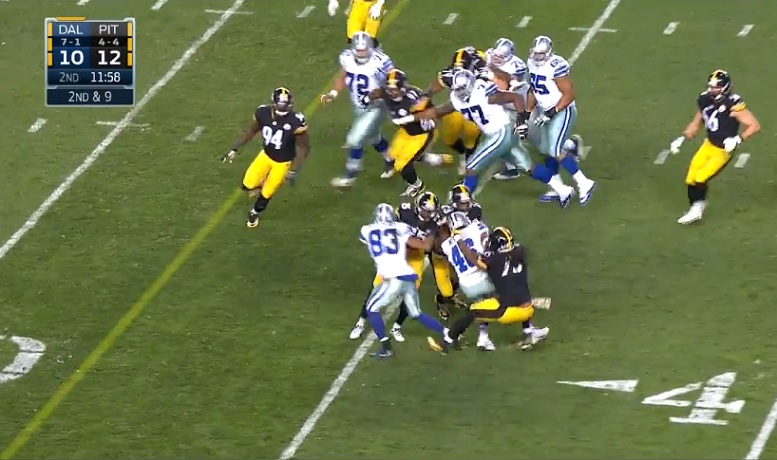 Not only was Jones demoted by the Steelers on Wednesday, he was also reportedly fined $18,231 for a horse-collar tackle in Sunday’s loss to the Dallas Cowboys.

Jarvis Jones said he was fined $18,231 for horse-collar tackle in Sun's game. Indicated he will appeal (b/c he says he tackled by shoulder).

The play in question happened with a little more than 12 minutes left in the second quarter on run by Cowboys running back Alfred Morris. On that play, Jones was lined up off the line of scrimmage as an inside linebacker.

You can see the tackle below and decide for yourself if Jones should have been fined. He is appealing the fine because he believes he tackled Morris by his shoulder. Jones, by the way, was not penalized for his horse-collar tackle during the game.

Jones is scheduled to be an unrestricted free agent after the 2016 season. He has yet to register a sack so far this season.